- June 01, 2020
Overview: Kengeri is located on the South-West part of Bangalore, and has a rich past, and a shadow of the present condition. Scottish researcher Francis Buchanan, while surveying South India in 1799, described this as a flourishing village at that time. In 1866, an Italian Signor De Vecchj revolutionised silk industry here by importing silk worm eggs from Japan, and a silk manufacturing unit was set up here employing female orphans. The village also had a fort earlier, built and destroyed by Tipu Sultan, to prevent Lord Cornwallis from using it. The area around the erstwhile fort is still called 'Fort' and 'Kote', with a Hoysala and a Chola temple in the Fort. A 1050 CE inscription at Someshwara temple talks about the grants made by the Chola king Rajendra Chola. One beautiful memorial stone can be seen here at an ancient Hanuman temple near Kodipalya road. According to some inscriptions, this area was under the Hoysala official Vechiyana. There is also one Bande Matha, which got grants from Sri Krishnaraja Wodeyar III as per the 1851 inscriptions. There are some 'Atmabali' stones which look like miniature Petroglyphs in this Matha complex. 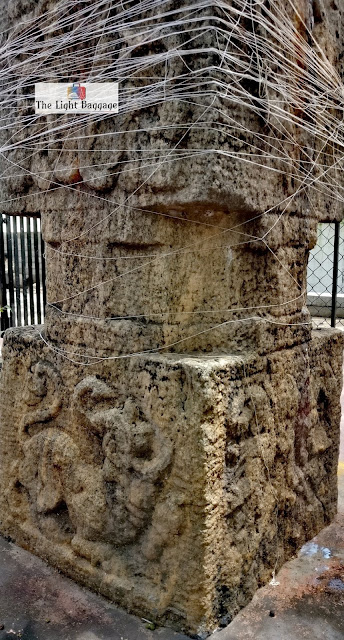 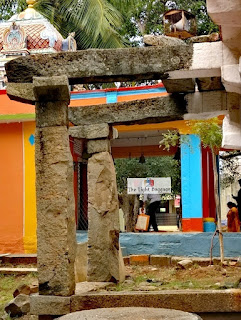 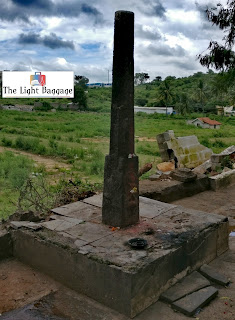 Just along the main road is the 'Gandhi Bavi', a well which was inaugrated in 1934, when Mahatma Gandhi visited Kengeri for the upliftment for the Harijans. This well is maintained by the Gurukula Vidyapeeta.

Similar to the lines of Basavanagudi Kadalekai Parishe, Varahasandra (Sompura), near Kengeri, also has a Groundnut Fair. It is an annual fair which is organised and people from nearby villages come to this place with their harvest and offer it to the Nandi Basaveshwara temple.


A half day trip from Kengeri would be to visit the Dodda Alada Mara (Big Banyan Tree), which has been standing strong for close to 500 years. This is a popular tourist spot and attracts several visitors to it. Just a few kms from here is the Mukti Naga temple, which has the largest monolithic Naga idol. This temple is also visited by several pilgrims.


Vrishabhavati river, once a lifeline of Kengeri and when it used to flow in full purity, 2 branches of the rivers used to converge at Nayandahalli and flow through Kengeri. Today this river has been reduced to a drain.