Showing posts from May, 2011
Show All 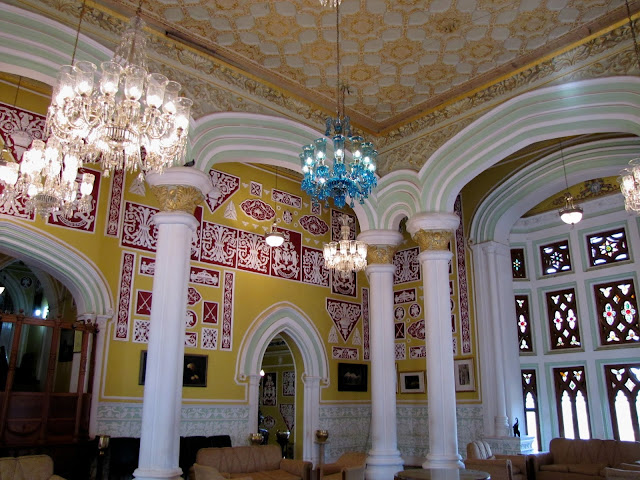 This one dedicated to some friends who say "There is nothing in Bangalore except malls"... One small attempt to project Bangalore as a place known for landmarks apart from malls, multiplexes, pubs and IT companies. This blog contains a compilation of places which can be visited in leisure and all the places are well within Bangalore.  1) Bangalore Palace: One of my favourite places. Modelled on Windsor Castle in England, this place is the trademark of Bangalore. The entrance to the palace itself makes us feel like entering a European style Garden. Sometimes reminds me of the Marlinspike Hall in Tintin comic books. The railway line connecting Bangalore City and Bangalore Cantonment railway stations is visible from the entrance gates. The palace was built for the Maharaja of Mysore in the 18th century. Lot of movies have been shot in this palace premises. The creepers around the pillars gives it a classical look. The interiors are equally beautiful with paintings and furnit
20 comments
Read more
More posts