Showing posts from May, 2020
Show All

Overview: In a post-Covid world, people will not wish to travel far and wide pretty soon. However, they may wish to explore some good places in their neighborhood. While its very good to visit local attraction, its great if one can help buy local crafts and local food to help the artisans and boost the economy. Highlighting the specialties from each district of Karnataka: 1. Bagalkot: Aminagad in Hungund taluk is famous for a sweet savoury Karadantu, made out of edible gum, dry fruits and jaggery. Guledagudda Khana is a unique textile, and is a 4000 year old fabric, and is handloomed in the small town of Guledagudda. Ilkal sari is a traditional form of sari which is a common feminine wear in India. Ilkal saris are woven using cotton warp on the body and art silk warp for border and art silk warp for pallu portion of the sari. Amingad Kardant Shop Ilkal Saree Weaver 2. Bangalore Rural: Bangalore Rose Onion, having a GI indicator, is grown in 16 taluks of Bengaluru rural.
5 comments
Read more 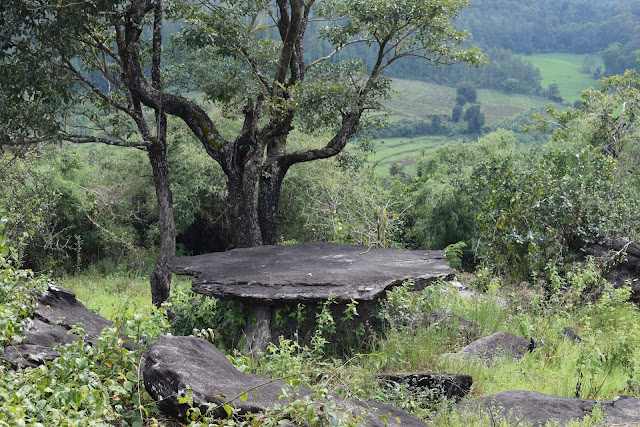 Kodagu, or Coorg district is situated on the lowest part of the Western Ghats in Karnataka. Prehistoric evidences suggest that the district was occupied during Megalithic and Neolithic age. Dolmens and burial grounds have been found in Doddamalthe and Sulimalthe villages. Though the history of Kodagu from the beginning of the millennium to the 9th century is still uncertain, however, inscriptions from the 9th century reveal that a major trench has been formed due to some wars in the region. Doddamalthe Dolmens In the 9th and 10th century, the southern part of Karnataka was ruled by the Gangas of Talakad, and under them, the Changalvas ruled as their feudatory in the eastern part of Kodagu. The rest of the Kodagu was ruled by the Kongalvas, the feudatories of the Cholas. They patronised Jainism, as evident from the 10th century Jain sites at Mullur. The Jain Basadis were built by Pocchabbe, the queen of Kongalva II, according to the inscriptions in the temple premises. Inscri
Post a comment
Read more
More posts