Overview: March-April are the months which are the driest in India, and water levels in dams and rivers are at the lowest. But a few places are there where perennial water pours out all through the year. One of those places is Theerthamalai. Blessed with multiple sources of water which flows down through the rocks, these sources of water are named as Ram Teertham, Agasthya Theertham and Hanuman Theertham (this one is located around 20kms from Theerthamalai.
Legend says that the water has been pouring down since ages when Lord Rama shot at the rock to get water to perform puja. Hanumanteertham was created when Hanuman threw a pot of water from Theerthamalai. Theerthamalai hilltop can be reached through a flight of steps, which are quite steep ate places, but very safe for climbing. The top of the hill has some unique rock formations, and water pouring out at a few places. At the top is the 7th century Theerthagirishwarar temple, built by the Cholas. Inscriptions in Tamil and Kannada can be found at the temple, indicating the use of Kannada language in these parts around the 14th century. Another temple built around the same period is found at the foothills, also dedicated to Lord Shiva.
Around 70 kms from Theerthamalai is the town of Dharmapuri, which also has a few ancient temples. We visited the Chennaraya Perumal temple at Adhiyaman Kottai, which was built by the Hoysalas and later was decorated with ceiling paintings by the Vijayanagara king Krishnadevaraya.
Next attraction in Dharmapuri is the Mallikarjunaswamy temple, also called as Kottai Kovil. This temple was built by the Cholas and contains typical pillar carvings with stories from the Indian epics. 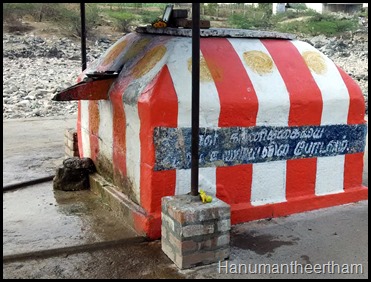 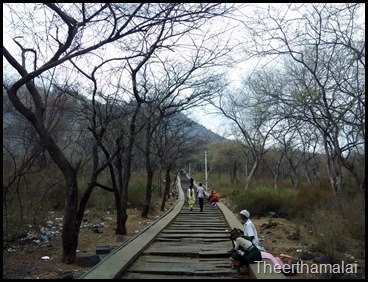 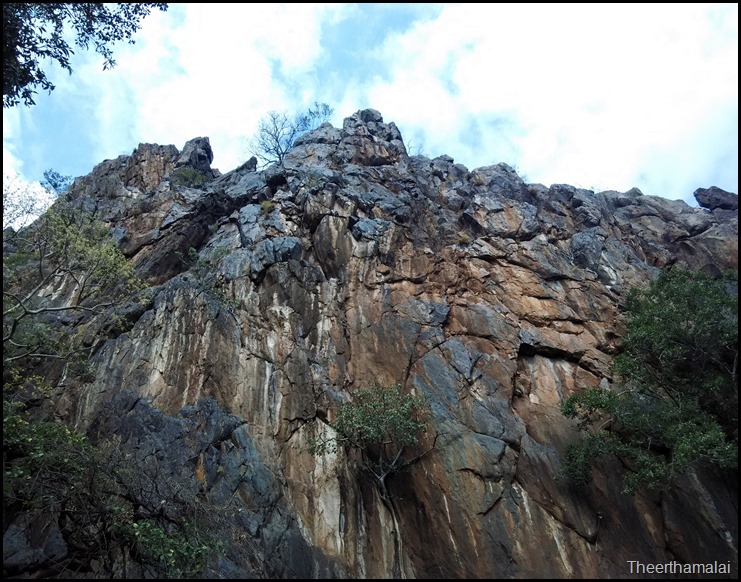 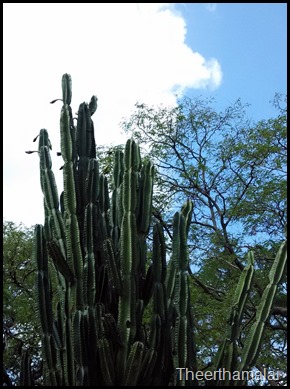 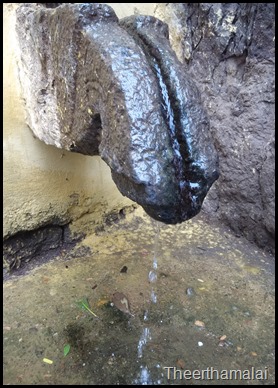 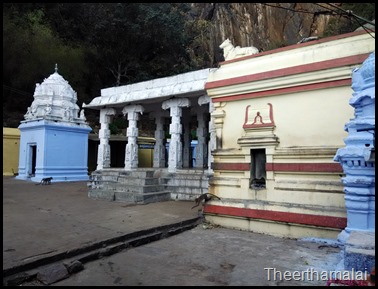 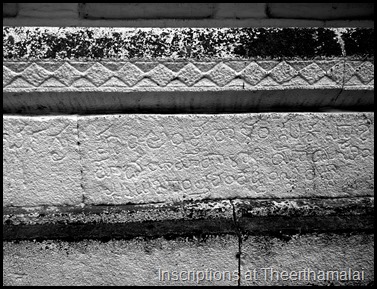 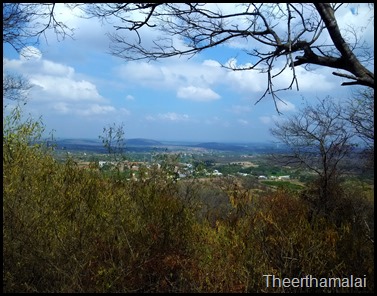 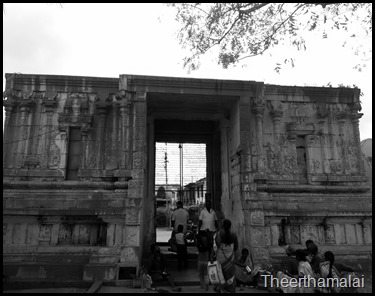 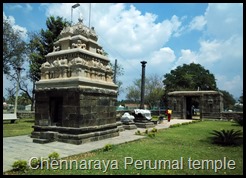 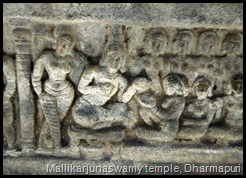 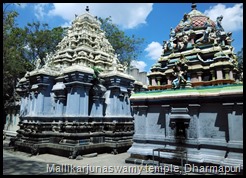 How to reach: Theerthamalai is around 150km from Bengaluru and can be reached via Hosur and Krishnagiri. Take the Thiruvannamalai road from Krishnagiri to reach Hanumantheertham and turn right and continue for 20kms to reach Theerthamalai. From Theerthamalai, take the Harur road and continue on to Harur-Dharmapuri road to reach Adhiyamankottai. Kottai Kovil is in Dharmapuri town towards north of the town centre.
Food: Need to plan the pit stop very carefully as post Krishnagiri there are very few places for food. Best option is to stop at Krishnagiri for breakfast and be at Dharmapuri for lunch..
Map: