Overview:  Tipu Sultan and Hyder Ali established their stronghold in Bengaluru in the 17th-18th century. Some of the monuments one can still see in the bustiling areas of Shivajinagar, Kalasipalayam and other areas of Central Bengaluru. Tipu Sultan stored a large chunk of his weapons in the armoury near Kalasipalya area. The armoury has been recently identified as a heritage structure and has been taken over by the ASI. One of the gates of the fort is still intact and can be seen near the hustle bustle of City Market area. Tipu also built a summer palace close to the fort. The palace is a compact structure and it was built entirely on teak wood and the interiors mark the elegance of Islamic architecture. The Palace stood at the centre of the Fort and to imagine those days, the vibrant city was built within the fort premises which was the heart of politics. 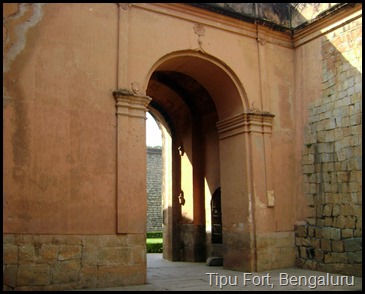 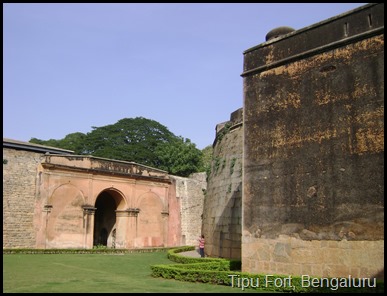 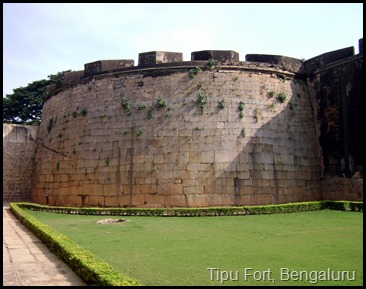 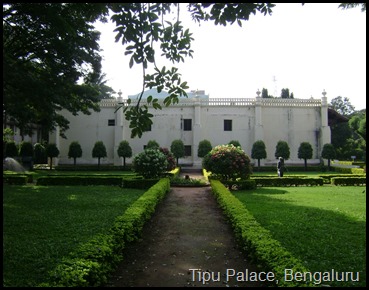 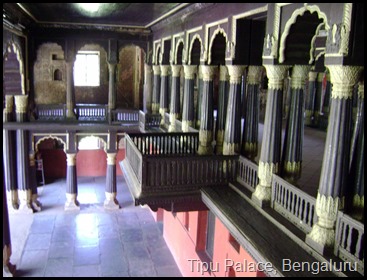 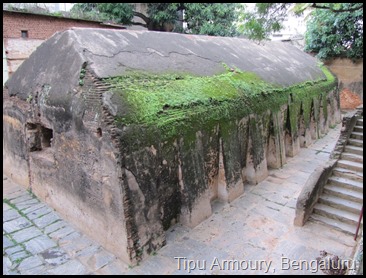 Jumma Masjid, OPH Road: This colourful mosque is located off Shivajinagar, and is known for its delicate work with the materials imported from Srirangapatna.
Sangeen Jamia Masjid: This beautiful structure in Taramandalpet is the oldest mosque in the city, built by the Mughals by Quiledar Khan in the 1680s. The mosque was damaged in the battle of Mysore and was renovated in 1863 by Mohiuddin Mehkri. 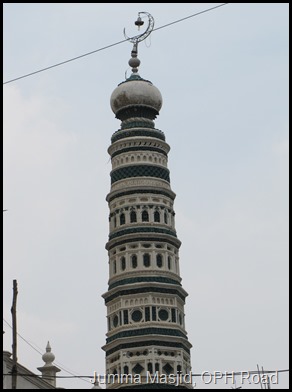 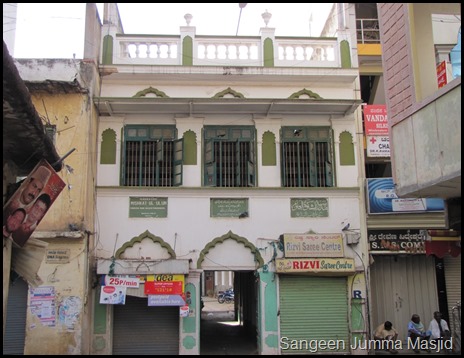 Dargah Hazrath Mir Bahadur Shah Al-Maroof Syed Pasha Shaheed: The 1791 Third Anglo-Mysore war saw the British army led by Lord Cornwallis attack Tipu’s Fort at midnight, killing soldiers during the siege. In the midst of the drama, Bahadur Khan kept the British army busy by not giving up the fight despite being stabbed several times. Even the British couldn’t resist praising Bahadur Shah for his bravery and handed over his body to the locals to give him a befitting funeral. Jumma Masjid, City Market: Arguably the most beautiful of all mosques in Bangalore, the structure was designed by Rayyaz Asifuddin of Hyderabad and the foundation stone was laid by Sir Mirza Ismail in 1940.The building exteriors are built of marble from Rajasthan. The mosque is said to be dedicated to Tipu Sultan. 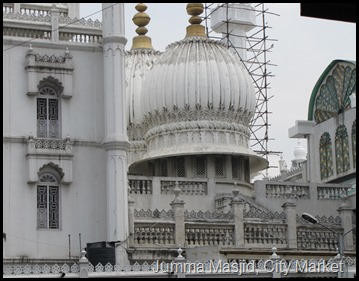 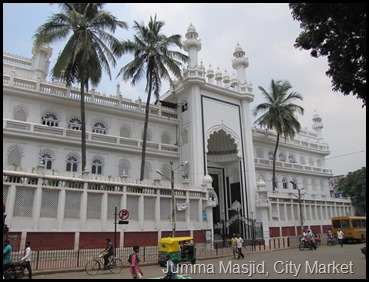 The Haji Sir Ismail Sait mosque is one of the biggest mosques in the city and was built in 1900s by Gujarati Memon Ismail Sait with his own money.
Masjid-e-Askari: This is the oldest Shia mosque in Bangalore built in 1909 in the memory of the trader Aga Ali Askar, who is credited for designing some well-known buildings in Bangalore. 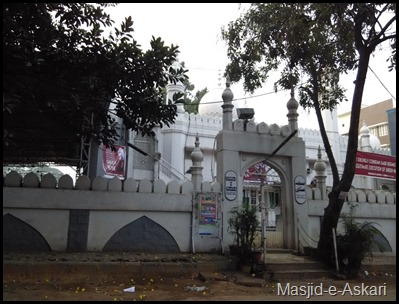 Tawakkal Mastan Shah Dargah: Another beautiful monument in the heart of the city is the Tawakkal Mastan Dargah, commisioned by Hyder Ali and completed by Tipu Sultan in 1783. 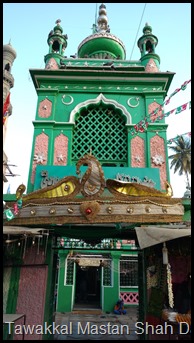 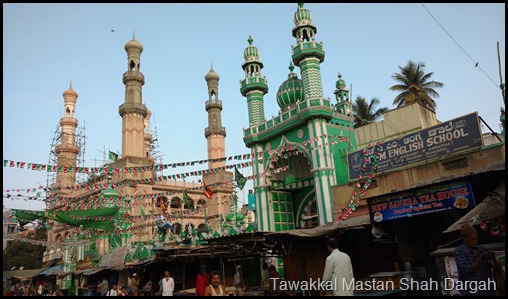 The next of this series will feature some more of the medieval monuments of Bengaluru, from the Colonial era.
Bengaluru Heritage Medieval Tipu Sultan