- July 12, 2012
Overview: Kaivara is around 70 kms from Bangalore and is known for the legends associated with it. It is believed that the Pandavas spent sometime in Kaivara which was then known as Ekachakrapura during their exile, and it is also said that the legendary Bheema slayed the demon Bakasura in a hill near Kaivara.
Kaivara is also known for the 18th century saint Kaivara Thatayya, or Yogi Narayana who lived here and has written many poems in praise of the Lord and also has written prophecies on the future events on Earth. There is a beautiful ashram in the middle of the Kaivara town. Painted in white, it is a big complex where accommodation and food is provided for the devotees. The ashram overlooks the hill which has a boulder in the shape of an eagle. That is supposed to be the hill where Bheema killed Bakasura.
Next to the ashram there is a temple which is dedicated to Amar Narayanaswamy and it is said that the idol was installed by the Hoysalas. The temple has a huge tower with sculptors of various Gods carved in it. And the more adventurous can also take up trekking to the top of the hill and at the entrance there is an arch depicting the five Pandavas. There is a small temple nearby  dedicated to Lord Rama called Aranya Rama temple. 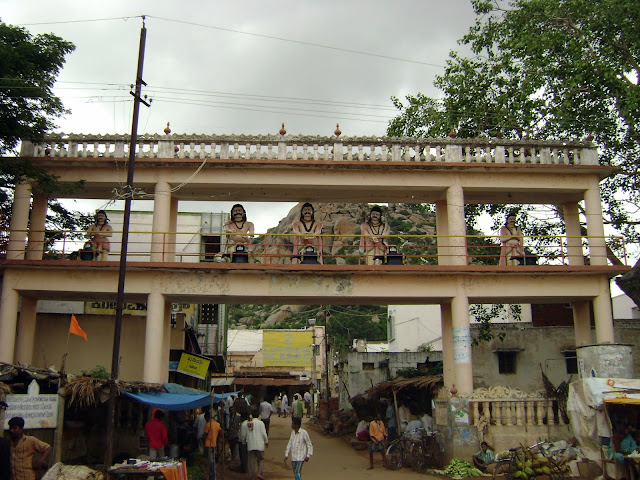 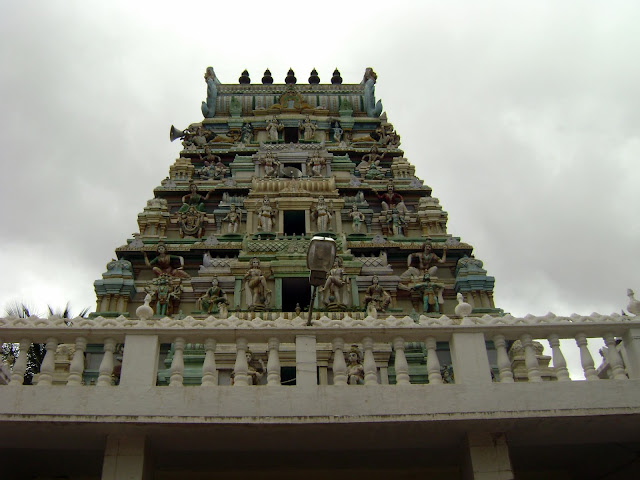 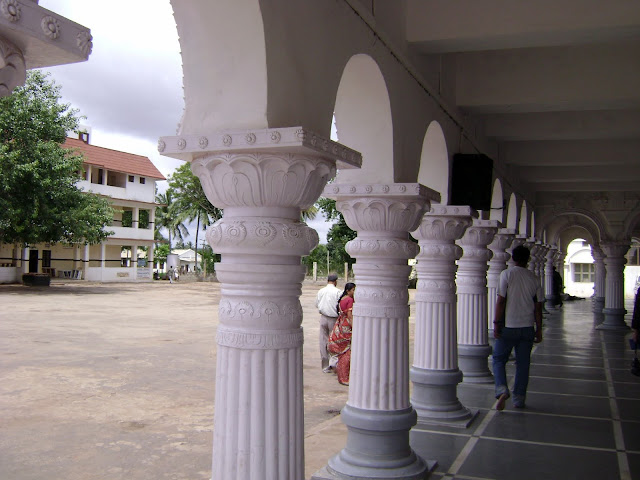 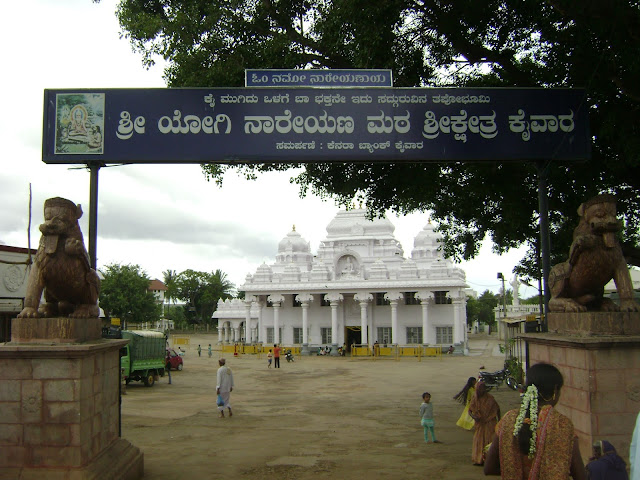 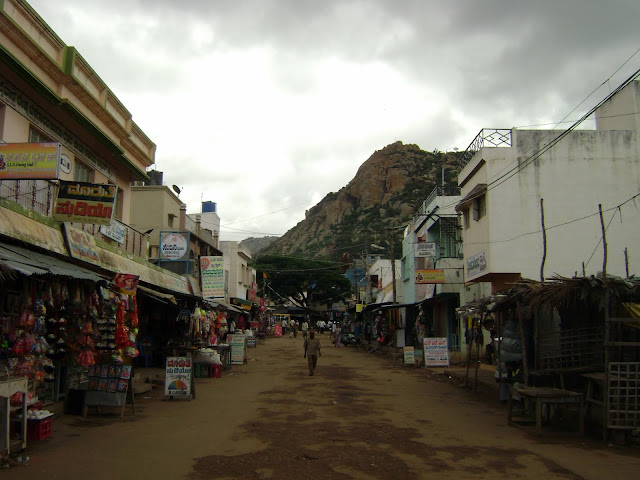 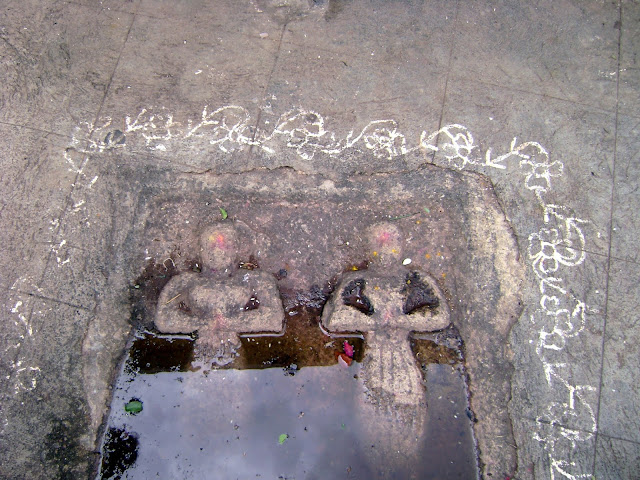 As we had our parents with us, we didn't go for trekking. We visited another Vaikunta, a big temple near the cave and had an excellent collection of all the saints from all eras. It was very nice to see the idols of all the Rishis and the Avatars of Lord Vishnu as well. Around 2 kms from Kaivara we went to Kailasgiri, another beautiful place where there is a huge cave and a small temple is also present inside that. We went inside the cave and it was a silent place very much suitable for meditation. We had our lunch near the cave which was served to all the devotees. 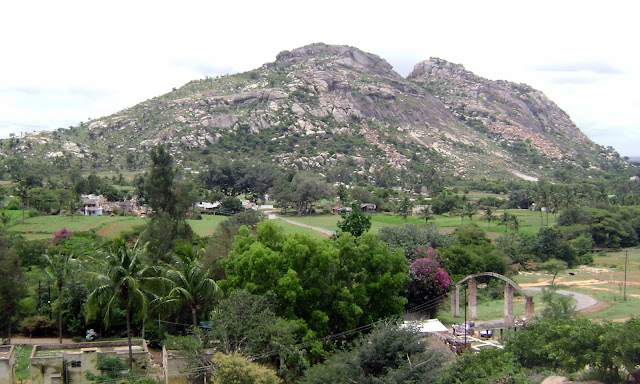 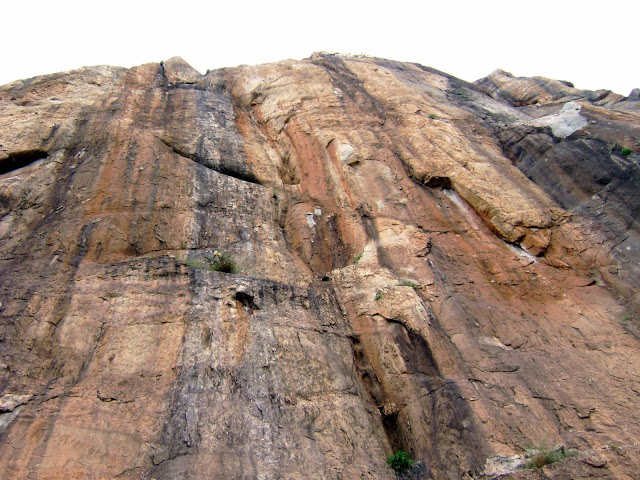 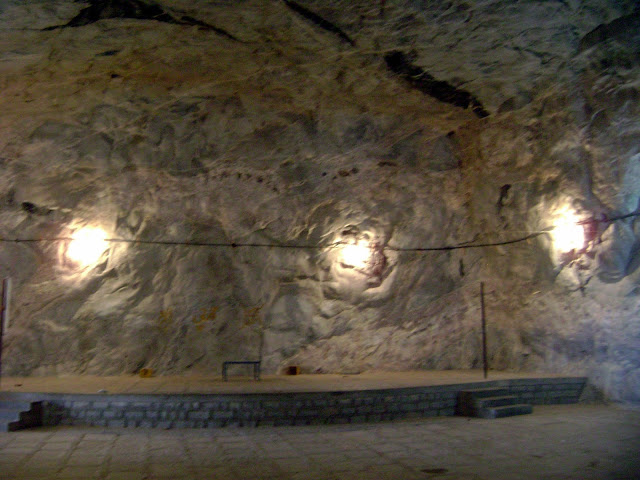 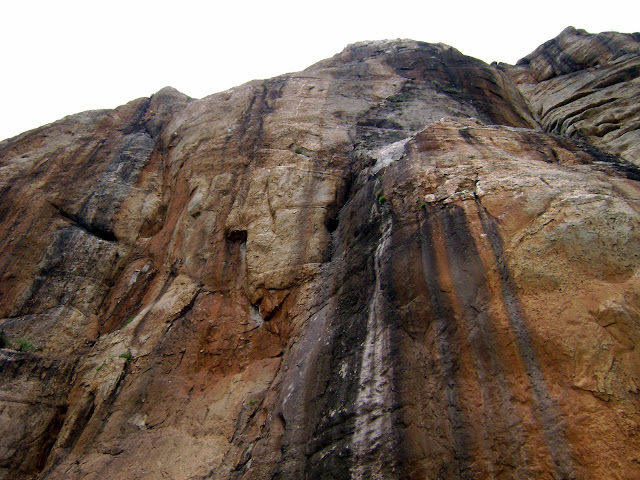 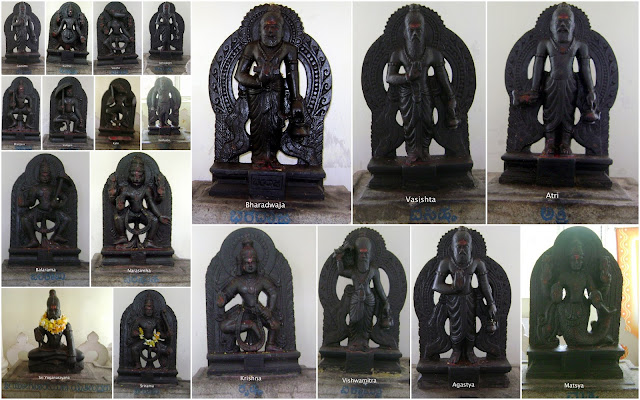 As we had around half a day at our disposal, we decided to visit the famous Kotilingeshwara temple in Kolar district. Though we realised on the way that we had taken a long detour, but still continued on our way. I must say that we had a spectacular drive through the countryside with hills on either side of the roads and colourful flowers blooming all the way. The below images speak for themselves. 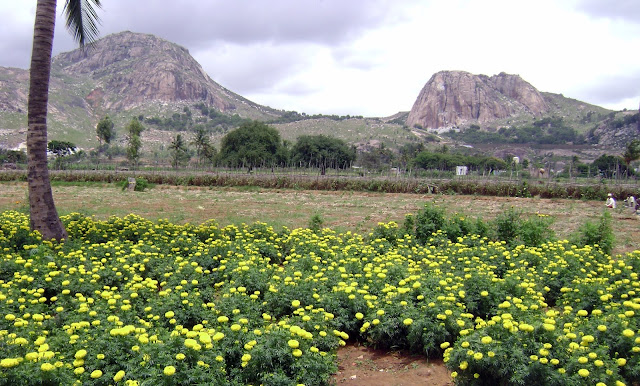 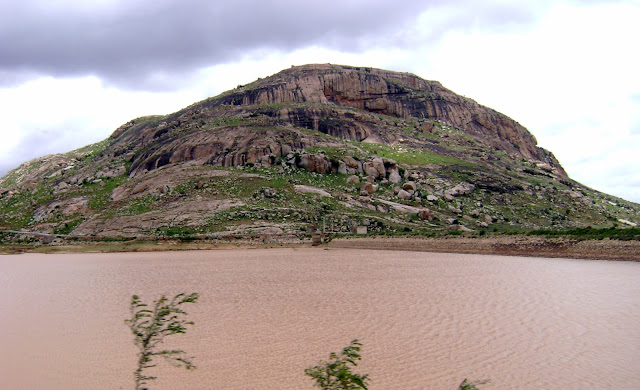 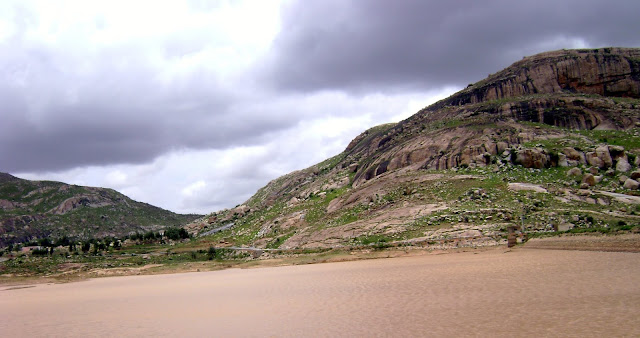 Once we reached Kotilingeshwara, we were thrilled to find a huge Shivalinga in a vast area surrounded by a million Shivalingas which was a delight to see. The whole complex is full of lingas, hence the name Kotilingeshwara(meaning a million lingas in Kannada). Many people over a couple of decades have installed lingas in the complex for world peace. 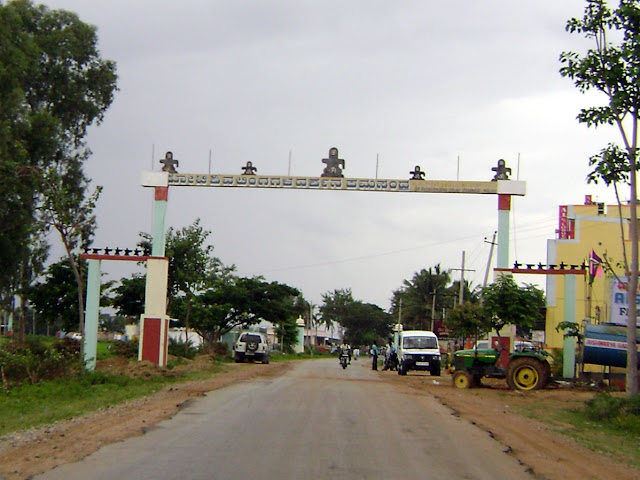 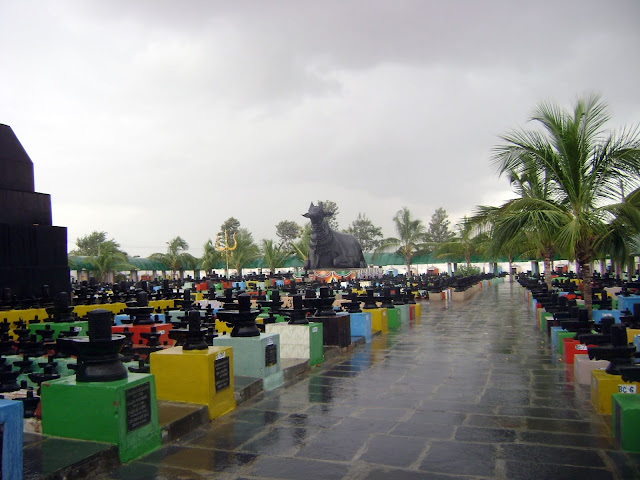 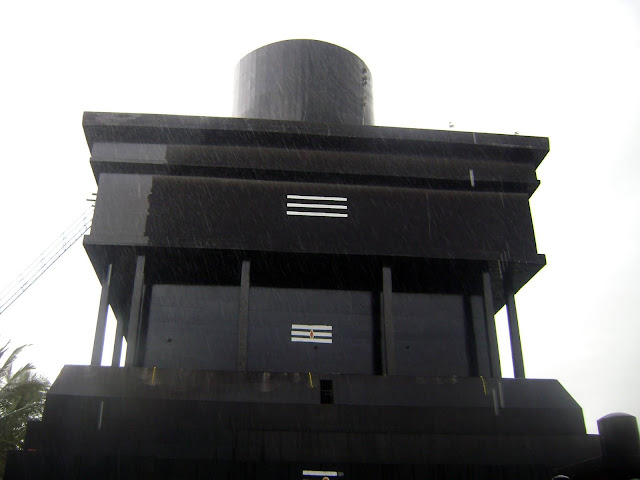 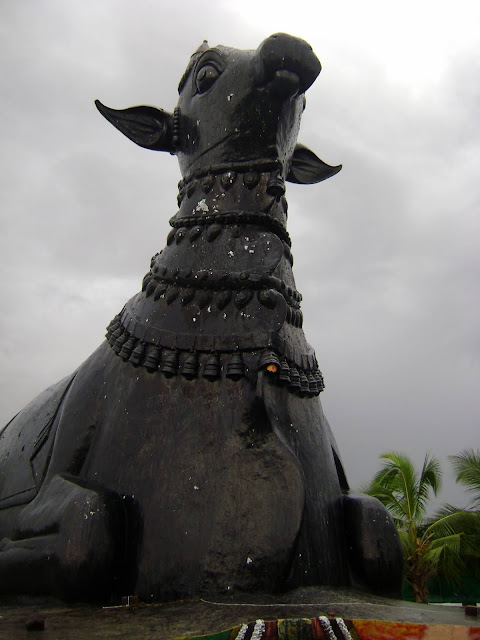 After witnessing this wonder, we started back towards Bangalore.
References: http://en.wikipedia.org/wiki/Kaivara
How to reach: Bus: KSRTC buses ply from Bangalore to Chintamani. From there, Kaivara and Kailasgiri can be covered by a taxi/auto. Kotilingeshwara can be reached by taking a bus from Bangalore to Bangarpet or KGF.
By Bike/Car: Take the NH4 towards Hosakote, at Hosakote, turn towards Chintamani. Take a deviation before Chintamani to reach Kaivara. To reach Kotilingeshwara from here, go to Chintamani, and cross Mulbagal and NH4 towards Kammasandra.
Food/Accommodation: Food is available at all temples in Kaivara. Accomodation is also available in the Ashram in Kaivara on request.
Map:
View Larger Map
Archaeology Bangalore day trips Kailasgiri Kaivara Karnataka Kotilingeshwara Mythology Nature Pandavas Photography