Overview: Hyderabad, popular for its Nizam influence, has always attracted heritage lovers across the world. I set forward to visit some of the oldest sites in the city. My last visit took me to the ever enchanting Charminar, surrounded by the bangle stores and pearl shops, a treat for shopaholics. One can soak in the beauty and culture of the old city sipping a cup of hot Irani chai near Charminar. Next to Charminar is the Makkah Masjid, where thousands of people offer prayers on Fridays. Few other places visited in my last visit are Taramati Baradari, Adil Shahi tombs, Necklace road and the massive Golconda Fort.
This visit for my friend's wedding took me to some more places which I had missed the last time. We reached Kacheguda Railway station early morning. The railway station is one of the oldest in the country, constructed by the Nizams in 1916.
Post breakfast at my friend’s home, we started off with the beautiful St Joseph's Cathedral, established in 1820 AD, with huge bells imported from Italy. 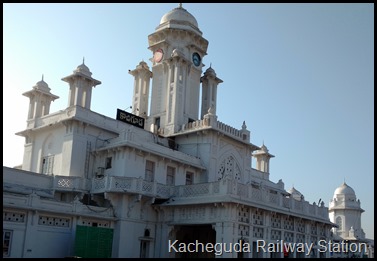 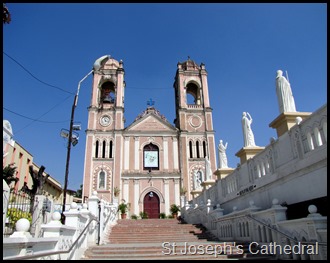 Next point on my list was Salar Jung Museum, which houses the antiques with collections from the Salar Jung family. The collection includes ivory, wooden crafts, European furniture and idols of Hindu Gods, making it one of the largest museums in India.
Chowmahalla Palace, our next point, was built by Salabat Jung of Asaf Jahi dynasty in 1750. The premises has a set of different mini palaces, with souvenirs from the Nizams. 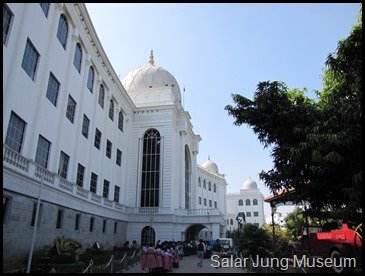 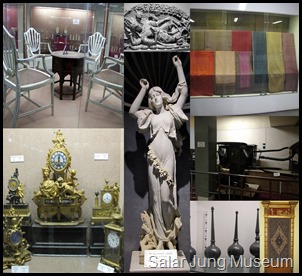 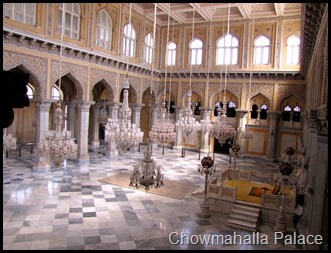 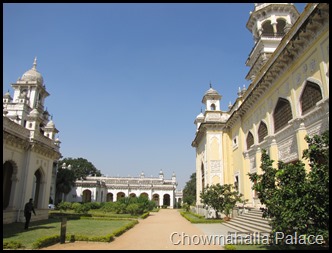 Next place on our list was the Chennakesava swamy temple at Kesavagiri near Chandrayangutta, built in the 10th century by the Kakatiya kings.
Paigah Palace was next in our list, which was the home of the Paigah family. Built in the late 19th century, the palace is a two storey structure built in Mughal architecture. 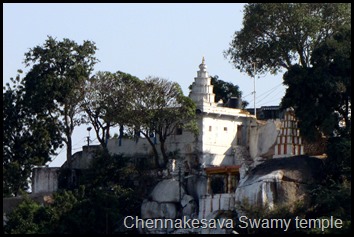 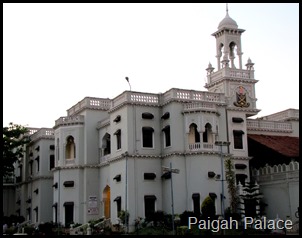 Our last destination of the day before heading towards the wedding reception was the Spanish mosque. The mosque was also the artwork of the Paigah family, built in the early 20th century and was inspired by Cathedral–Mosque of Córdoba in Spain. The structure looks unique, with its pointed minarets. 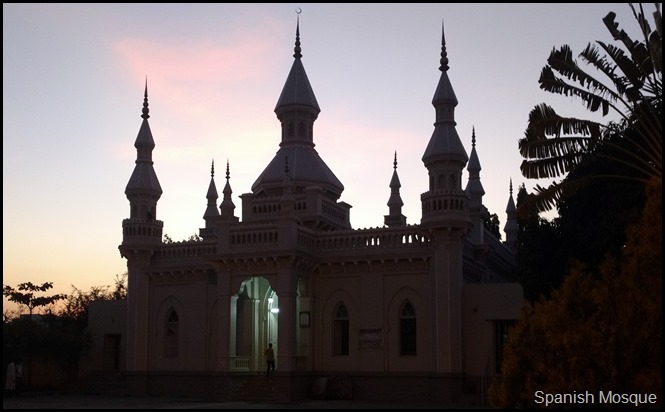 We spent the 2nd day in Hyderabad at my friend's wedding, relishing the best of Andhra cuisine.
Day 3 was reserved for Ramoji film city. The film city is quite far from the main city, which makes it a full day event. Its a nice way to spend an entire day with family, with vintage bus rides taking one through the entire film city. We especially liked the Ramayana/Mahabharata set, the bird park and the Hawa Mahal. 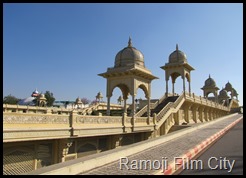 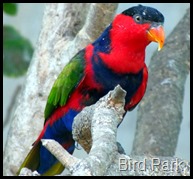 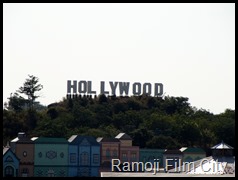 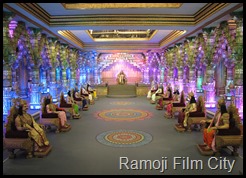 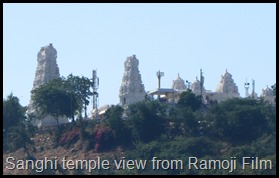 This concluded our trip to Hyderabad. But there is still a lot to explore, maybe in my next visit.
References: https://en.wikipedia.org/wiki/Hyderabad
How to reach: Hyderabad is connected by rail/road from all over major Indian cities.
Food/Accommodation: A heaven for foodies. Don't forget to munch in the famous Hyderabadi Biriyani sipping in the local Irani chai while in city.
Heritage History Hyderabad Nizams Ramoji Film City Telangana Temples