- April 30, 2012
Overview: Killing time for 4 days on a long weekend was definitely not going well with me. So suddenly decided to make some quick travel plans. Being brought up in Chandigarh for over 20 years, I wanted to refresh my childhood memories with my wife and moreover she had not been to North India. With all resorts booked around Bangalore and no bus reservations available, we decided to take a plunge on the long distance route. My wife, being a tatkal reservation expert :), booked tickets from Bangalore to Delhi for 25th Dec, and the return trip by flight from Delhi to Bangalore for 4th Jan. My job was to fill the itinerary between these days.
I wanted to cover as many places as possible, chalked out a plan for that. Below are the details of the trip:
Day 0-2: We had to catch the 12649 Sampark Kranti express from Yesvantpur at 22:10 hrs on 25th Dec. Luckily we got the tatkal reservation done, thanks to my wife for that. The train took around 36 hours to reach H.Nizamuddin station passing through Kacheguda, Nagpur, Bhopal and Jhansi. We reached H.Nizamuddin at 10:30am on 27th Dec. We checked into a hotel in Karol Bagh in New Delhi and relaxed till lunch time. We had kept the evening for some shopping around Karol Bagh. It was winters and it was like a carnival at Karol Bagh. My wife had a gala time shopping for around 3 hours. We then had our dinner and came back. We wanted to go to Connaught Place as well but as it was a Sunday, the shops were supposed to be closed. The next day's plan was to leave for Agra, Mathura and Vrindavan. So we slept early.
Day 3: We had booked a tourist bus for Agra, the bus left Delhi at around 7:30 and to our horror, the NH2 to Agra was choc-o-bloc with traffic. It was a complete waste of time on the road and because of the long weekend it had become worse. What was supposed to be covered in 4 hours, the bus took 6 hours to cover. We finally reached Agra Fort at 1:45pm. We went inside the fort for which tickets were available at the entrance. The fort, originally built by the Rajput kings in the early 10th century, was ruled by Sikandar Lodhi which was later under Babur. The fort was plundered and the famous Kohinoor diamond was looted by the Mughals under Babur.The fort is built in 1080 AD is a UNESCO world heritage site. 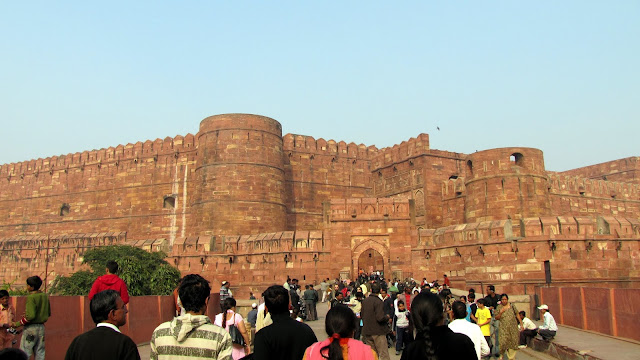 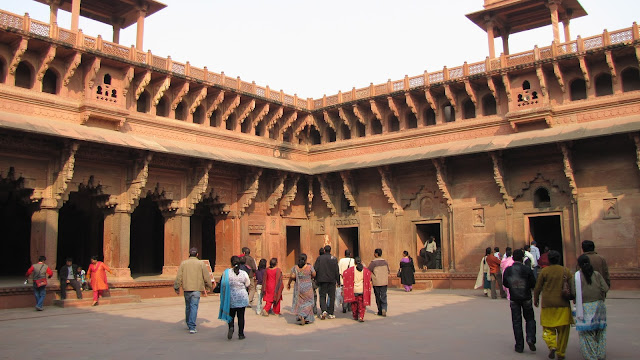 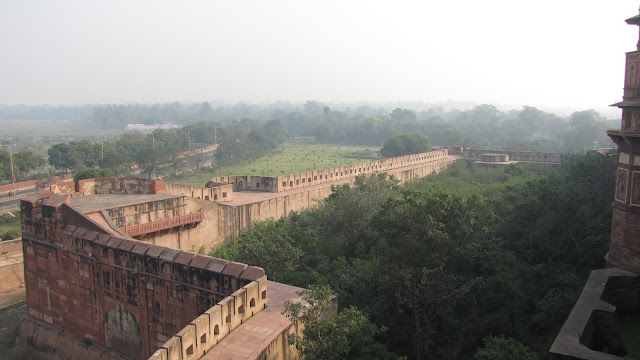 The view of the river Yamuna and Taj Mahal at a distance was really breathtaking. By the time we came out it was almost 3pm. Quickly we went to the Taj Mahal. We entered through the East Gate. The first sight of the Taj rendered us speechless. Basking in the evening sun, it was all in its glory. The winter evening crowd was a bit too much to handle. It took almost 2 hours to go inside the minaret and come out. The carvings and the craftsmanship inside the Taj was excellent and this monument thoroughly deserves to be in the list of 7 wonders of the world. 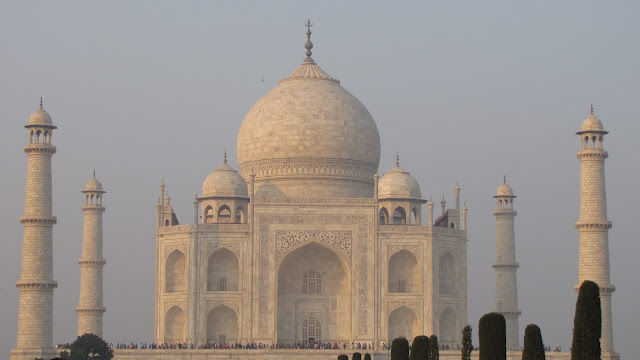 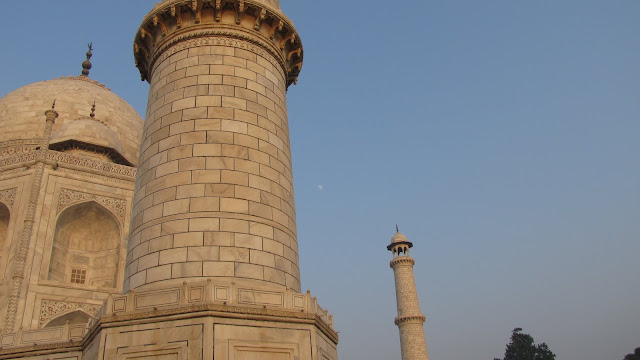 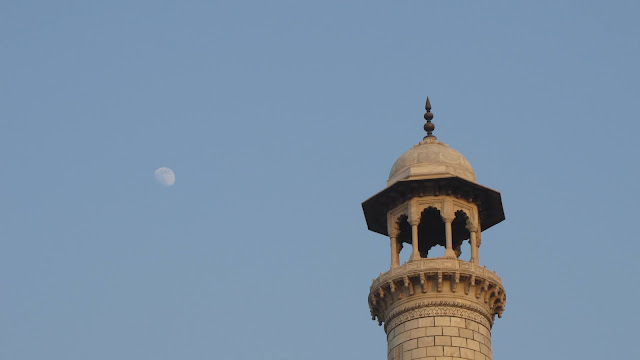 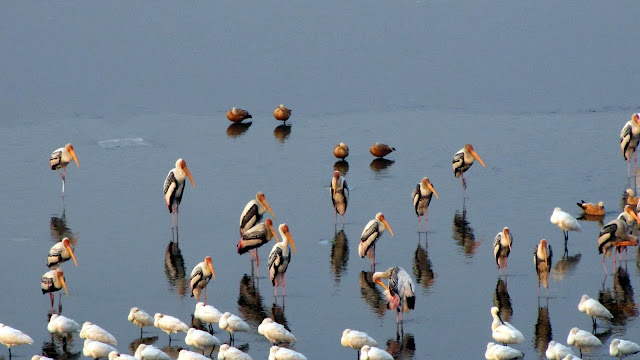 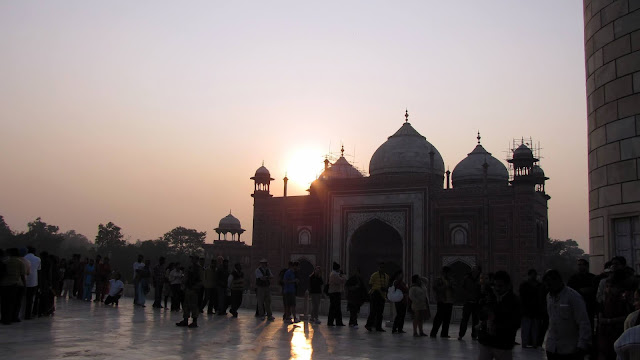 It was 5pm by the time we started back towards Mathura. Though this was the second visit to Mathura, in both occasions it was too dark by the time we reached Mathura. I suggest people to spend 2 days to cover Agra, Mathura and Vrindavan. Went to the Krishna temple and it was great. Chantings of Hare Krishna was like music to our ears. We had matka lassi which was too good.
After visiting the Holy city of Mathura, we proceeded to Vrindavan, it was really too late to view the beauty of this place. The guide showed us around the place where Lord Krishna spent his childhood days. We climbed the stairs and went to various temples insde the complex. Its a pity that we could not capture any picture of the place. I would surely revisit this place in leisure. Finally we reached back to our hotel in Delhi post midnight.
Day 4: We had booked a tourist bus again for Delhi sight seeing. The bus took us through the usual places like the Birla Mandir, Rashtrapati Bhavan, Parliament house, India Gate, Indira Gandhi Memorial, Qutub Minar, the Lotus temple, and the Red Fort. After Delhi, we started towards Amritsar by an overnight train from H.Nizamuddin. 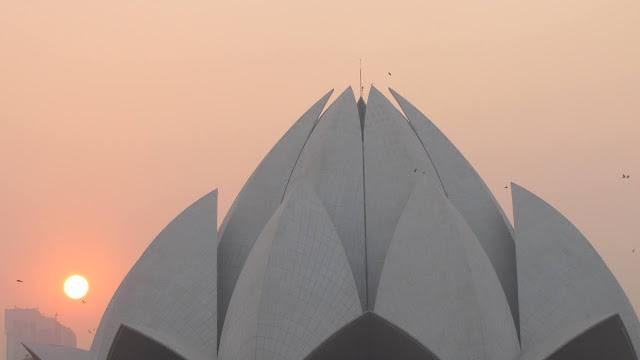 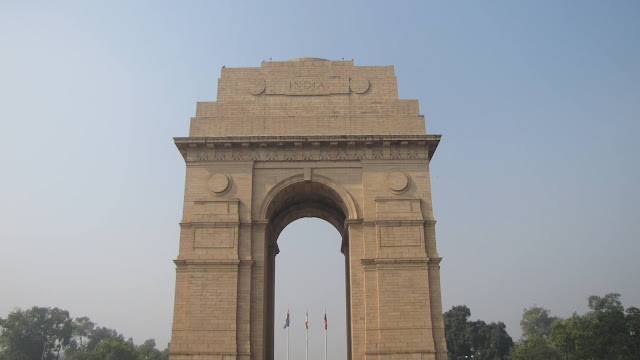 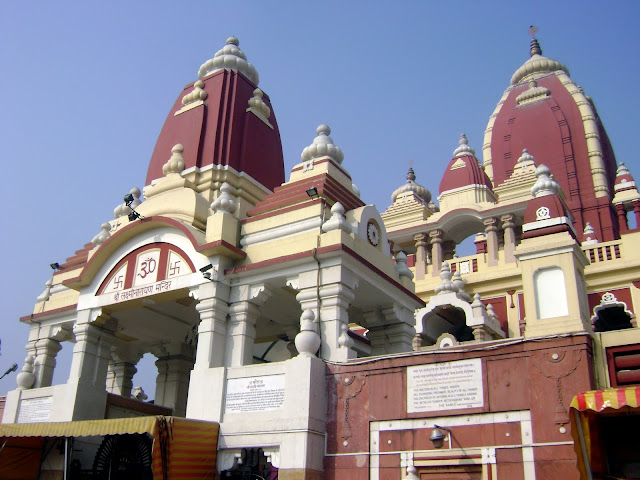