Overview: The Qutub Minar complex has much more to offer than just a minaret.The entire complex is full of ruins and carvings belonging to the Mughals and the Hindu rulers who ruled before them. First thing we did was to visit the most appealing figure among all- The Qutub Minar itself. We were dwarfed by the 725m huge minaret. With foundations laid by Qutub-Ud-Din Aibak, the minar was finally completed by Iltumish in 1230 AD. Earlier public was allowed to climb up to the fourth floor of the minar, but following an accident in 1980s, the staircase has been sealed.
It is believed that this particular campus once had 27 Hindu and Jain temples. The exquisite carvings and pillars seen on some of the ruins shows the legacy of the bygone era. This complex is believed to be a centre of worship for Hindus before the Muslim invasion in India. 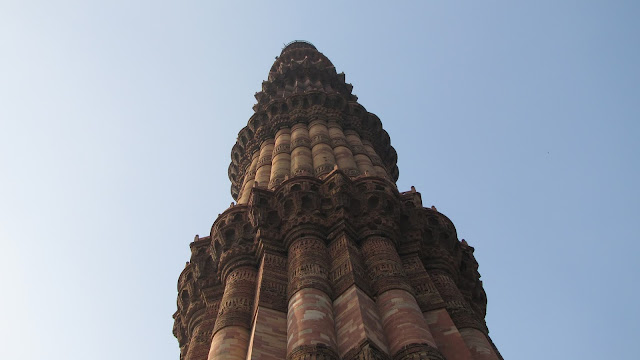 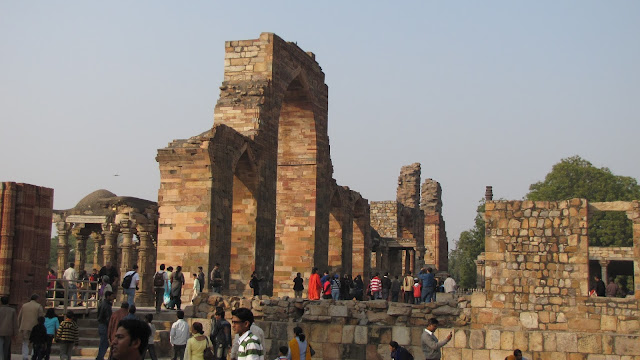 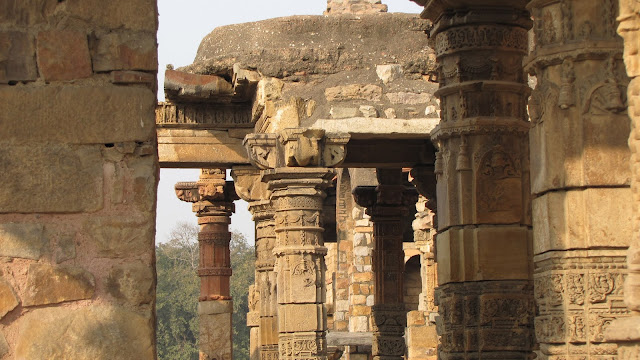 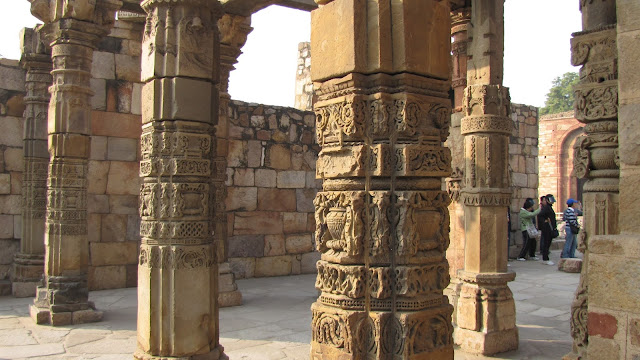 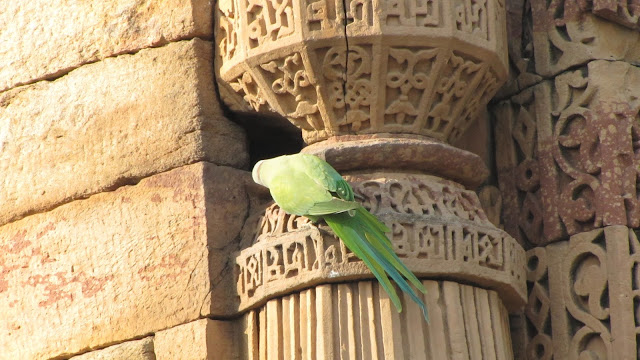 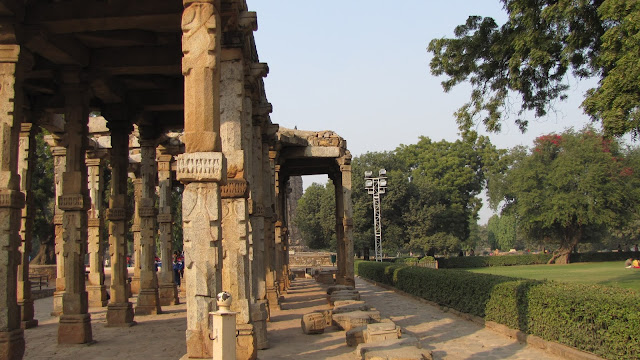 One more wonder inside the premises is the Iron Pillar which, over the years has not corroded. R Balasubramanium from IIT Kanpur explains that the  pillar's resistance to corrosion is due to a passive protective film at the iron-rust interface. It is believed to be a perfect example of metallurgy and makes one wonder as how people used to forge and do metal casting in those times without the use of modern technology. The iron pillar bears an inscription in Sanskrit and has the name 'Chandra' inscribed in it. This pillar is believed to be initially present in Udayagiri in Madhya Pradesh. This is one of the masterpieces India has produced. 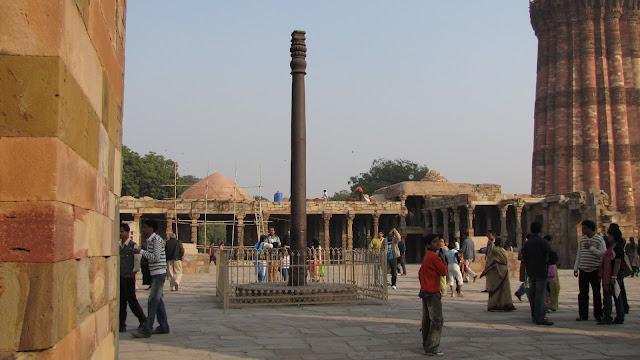 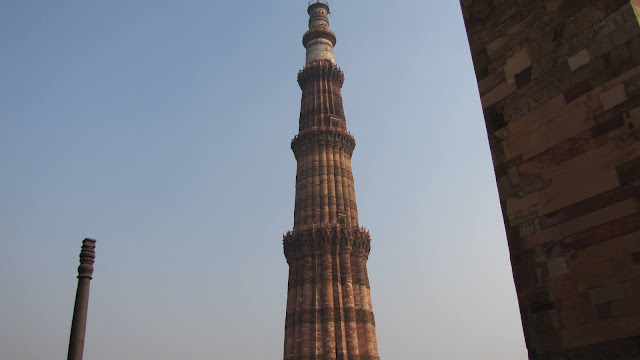