Overview:
Hedathale is a small village near the temple town of Nanjangud has an ancient Hoysala temple of Sri Lakshmikanthaswamy which is of great architectural importance.
The 12th century Lakshmikanthaswamy(Vishnu) temple is unique in its own way. Inside the main temple, we have Narasimhaswamy and Venugopalaswamy idols and the main idol of Sri Lakshmikantha Swamy. Apart from this we come across a beautiful idol of Andal. The speciality of this idol is that in normal light it looks like an ordinary idol, but on performing puja and archana, the lights are switched off and once the aarti is placed near the forehead, the eyes of Andal look real and seems like looking straight into our eyes. This kind of beauty is rare to find in any other place. 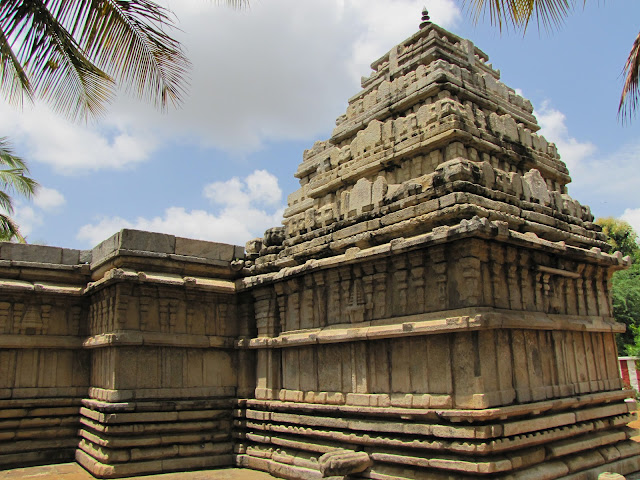 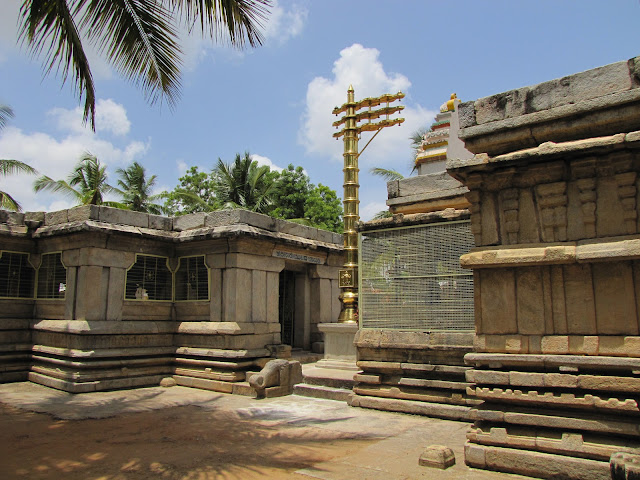 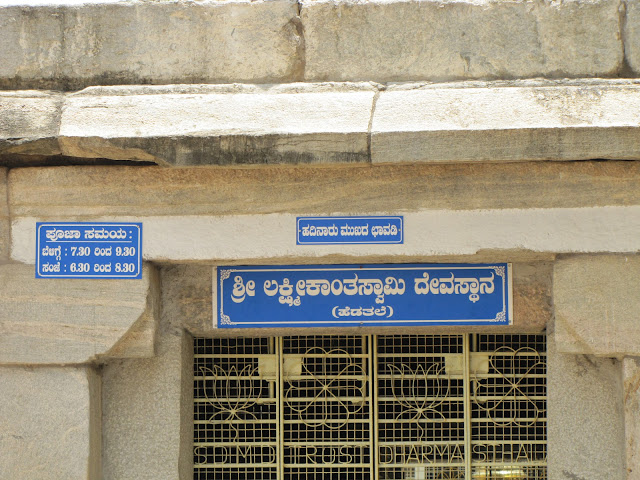 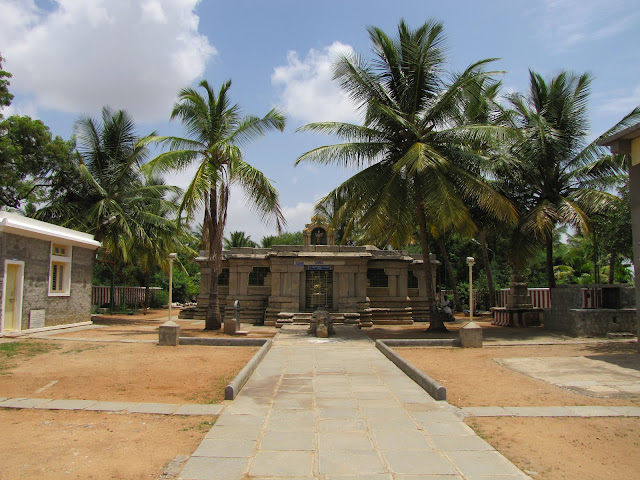 The story gets better as we move inside a hall which is called a 'Chavadi' which is very interesting. The Chavadi was built by the Pallegara Dhanda Nayaka who had 16 daughters. This was well narrated by the priest of the temple. In those days, women were not supposed to see their son-in-laws. In case they wanted to communicate, the women were supposed to stand behind the doors and talk so they are not visible to their son-in-law. As the Palegara had 16 daughters, and hence the same number of son-in-laws, it became extremely difficult for him to identify which person is associated with which daughter. So an idea struck to him and he built the 16 faced hall (Chavadi) which has 16 seats in a symmetric fashion so that husband/wife could sit next to each other and the Palegara finds it easy to communicate with the son-in- laws. Also in order to keep the tradition of mother-in-laws not directly viewing the son-in-laws, The design is such that, if the Palegara stood with his wife under one mantapa, he could see all his daughters and the son-in-laws as well whereas the Palegar's wife could view only the daughters and the son-in-laws were hidden behind pillars strategically constructed. Amazing was the design which looks so sohisticated yet simple. 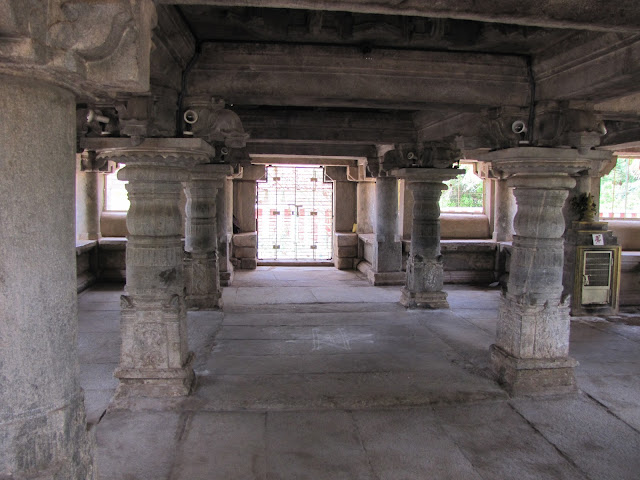 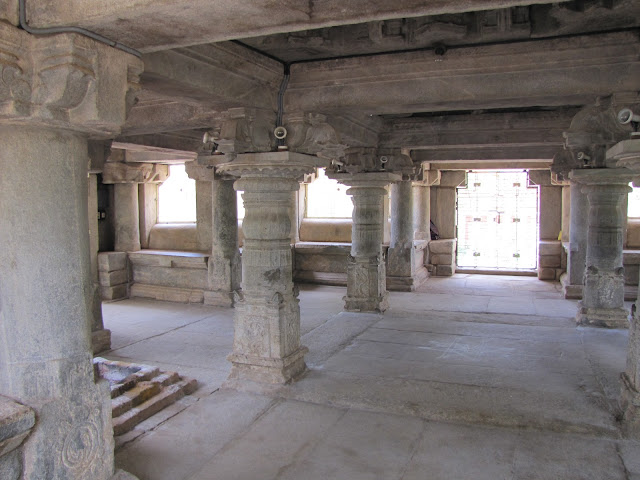 Also under one place there is a point where one can meditate in peace and can help in curing all the stress because of the chain of snakes carved at the ceiling indicating that it pulls all negative vibes from the mind. 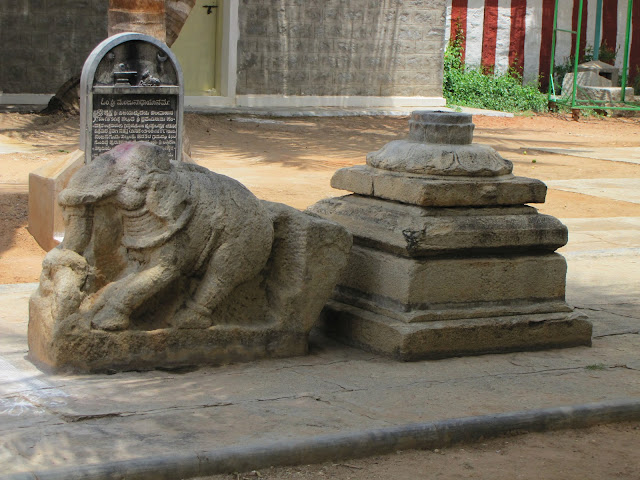 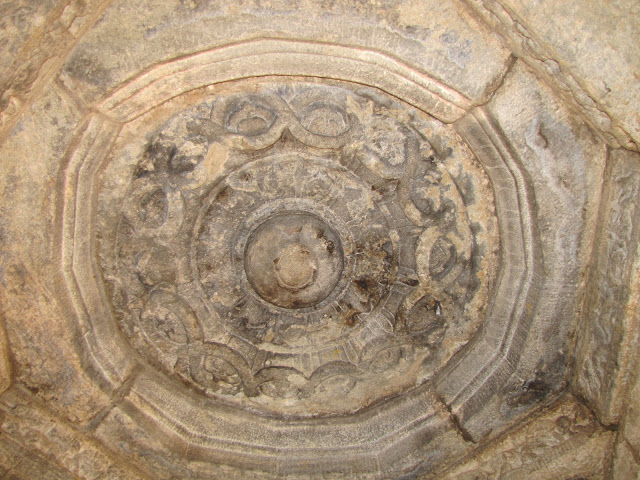 How to reach: By own vehicle- SH17 towards Mysore, continue on Mysore-Ooty road, after crossing Nanjangud town, drive for around 5 kms before turning left towards Hedathale.
By public transport: Plenty of direct buses ply from Bangalore to Mysore and Mysore to Nanjangud. From Nanjangud hire a private taxi or auto.
Nearby places to visit:
Nanjangud: It is a very popular pilgrim center near Mysore and is known as Dakshin Kashi. The main attraction here is the Srikanteshwara temple which has a rich history behind it. It is believed that the sage Gautama installed a shiva Linga at this place. The main temple is believed to be built by the Gangas in the 9th century which was renovated later by the Hoysalas. The temple has also been very close to Tipu Sultan as his elephant was cured after visiting this temple and hence he installed an idol and named it 'Hakim Nanjunda'. The idols of various avatars of Vishnu are well preserved inside the temple and its an art which has to be admired.The temple towers are painted mustard giving making it look like a wooden gopuram. Every year there is a Chariot festival which is taken across the town and is witnessed by many people. The temple is situated on the banks of river Kapila which is usually not maintained but during monsoons the river flow makes the waters look clean.
Another attraction in Nanjanagud is the Raghavendra Swamy Mutt which is the only Mutt with the idol of the great Raghavendra Swamy. Temple timings are between 6am and 1pm in the morning and 4pm and 8pm in the evening.
More details about this place please visit http://en.wikipedia.org/wiki/Nanjangud 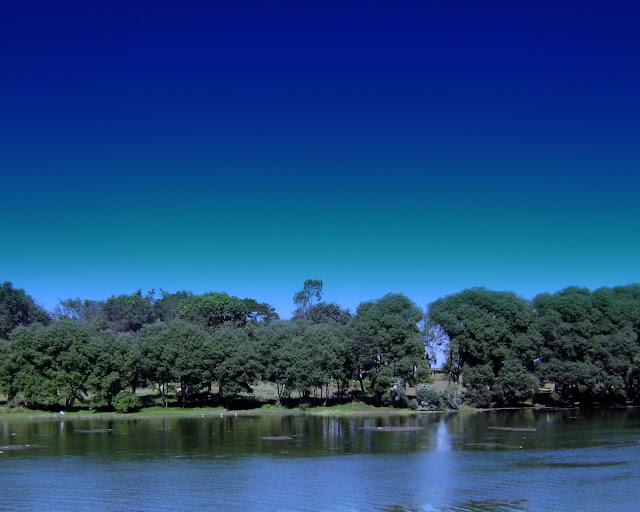 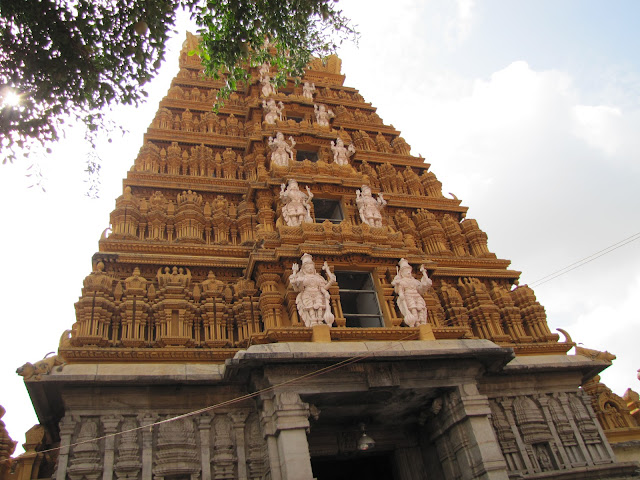 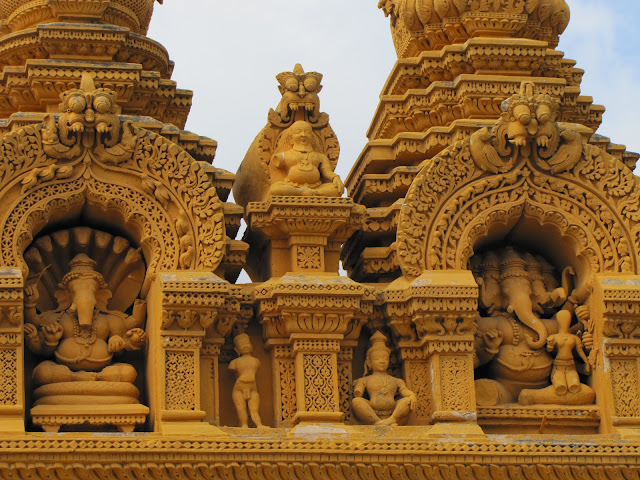 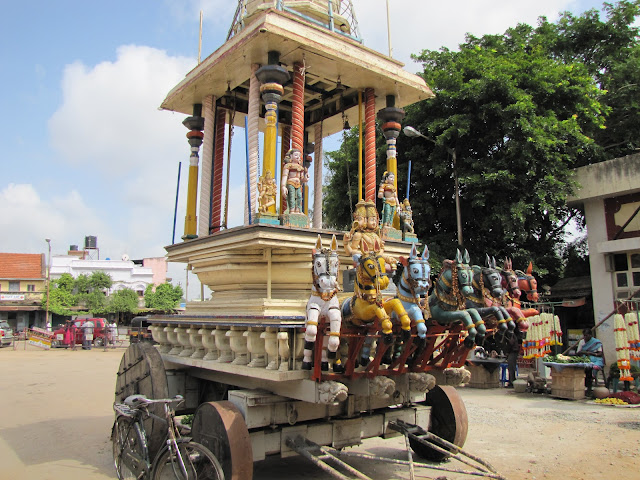 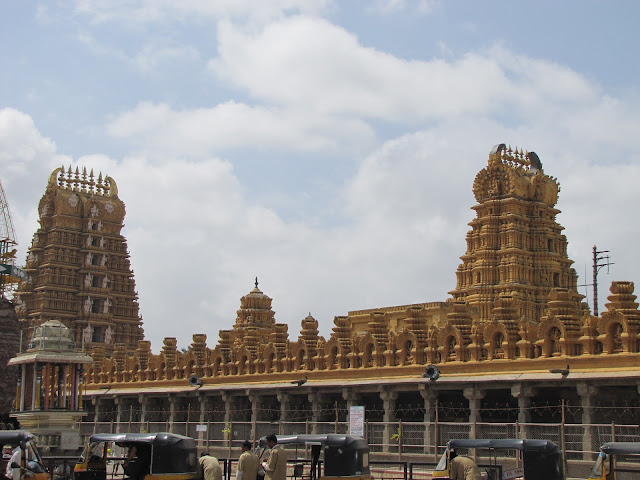