Overview: Savanadurga is known for big monolith and is a popular destination for rock climbing around Bangalore. It is located around 75 kms from Bangalore and can be reached via Magadi road or Mysore road. Sri Lakshmi Narasimha Swamy temple stands at the foothills which is frequented by many pilgrims. The temple is pretty old and is well maintained. 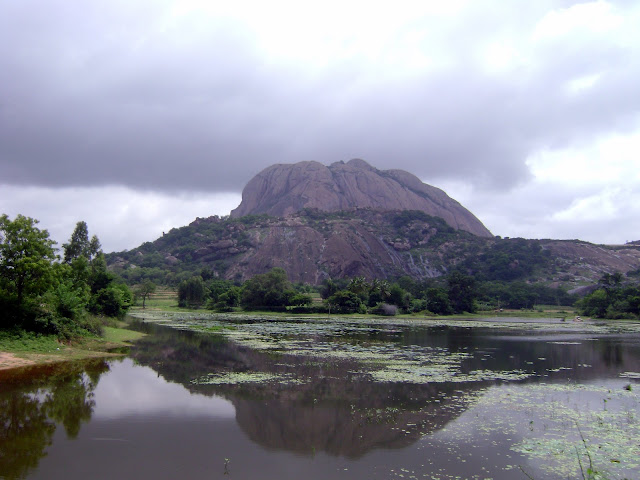 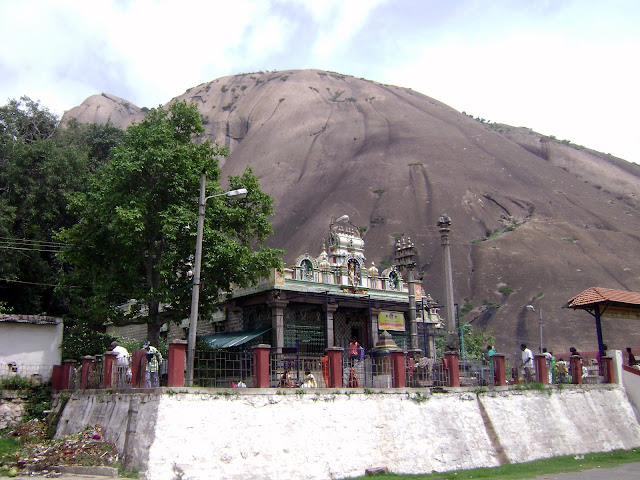 The trekking/rock climbing trail starts amidst the bushes just next to the temple. Initial 15 minutes look pretty easy with not much challenge. Its better to ask the locals for the route in the beginning as it is very difficult to climb down from such awkward position. The climb can get really steep at times and one has to maintain will power to overcome such challenges. The half way mark is a brick wall probably a part of the fort built by the Kempegowda rulers. Further ascent managable with a few difficult stages. Once the final Nandi is visible from a distance which is the summit of the rock, one has to climb down a few steps and then continue the ascent through bushes. The summit as a Nandi bull standing majestically with a panoramic view of the Manchanabele reservoir and Magadi town. The descent is relatively easy but it is better to go slow to avoid any mishaps. Its always better to be careful during rains as rock climbing becomes extremely dangerous as it becomes slippery. 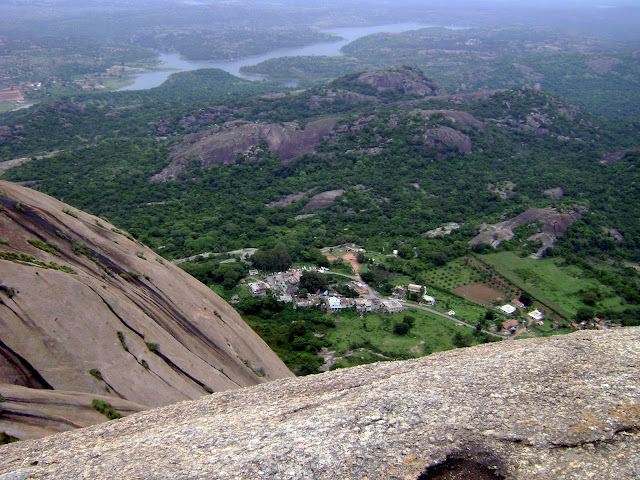 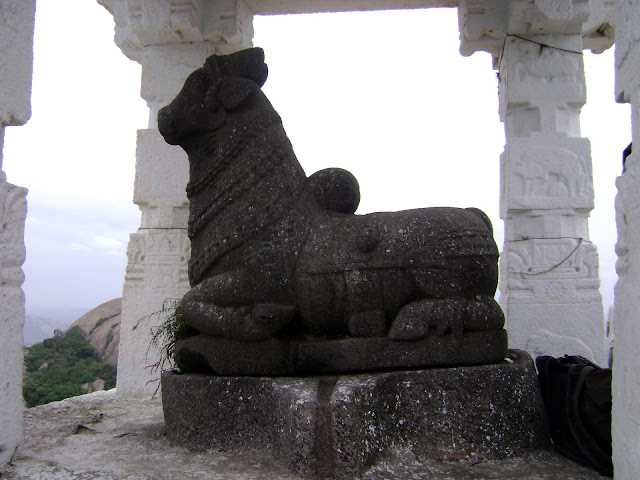 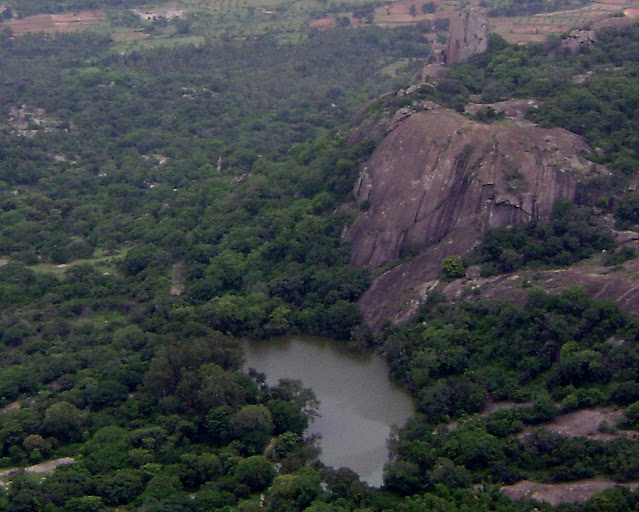 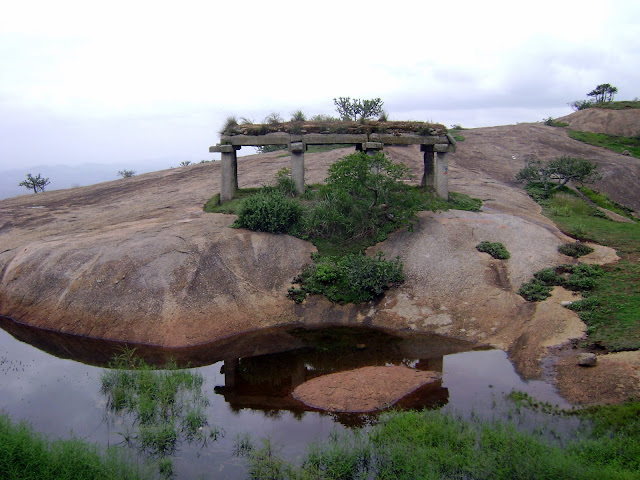 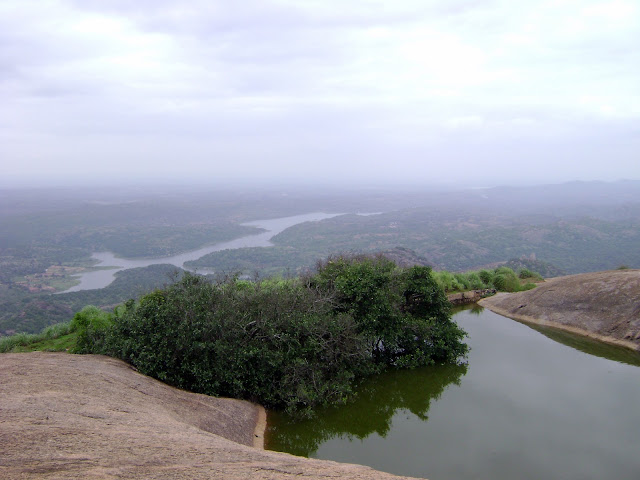 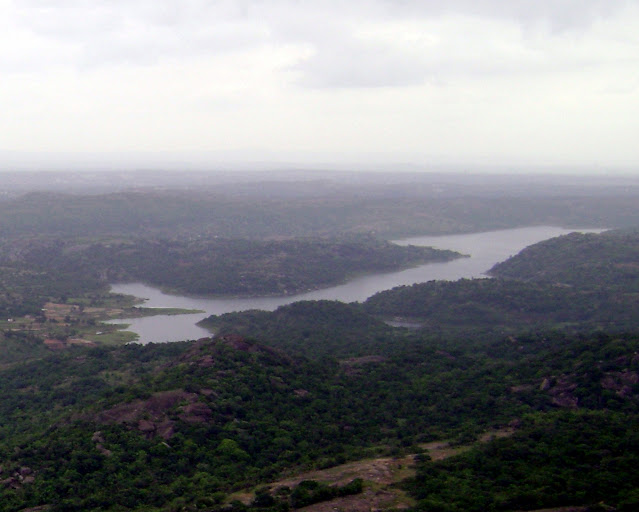 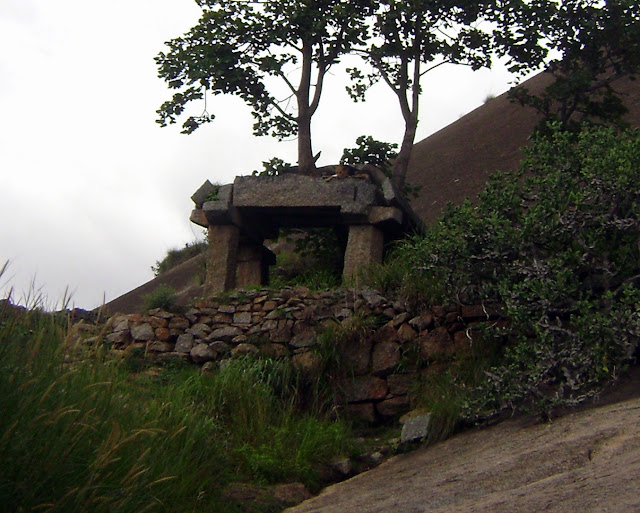 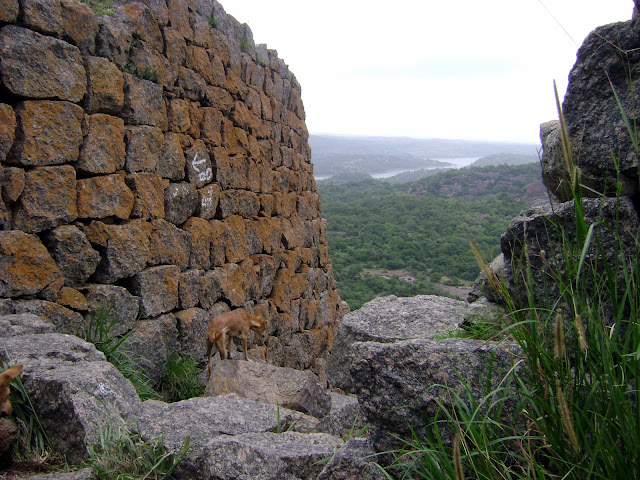 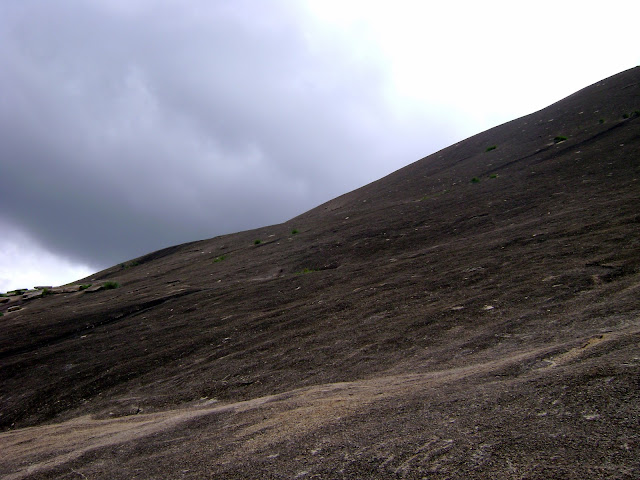 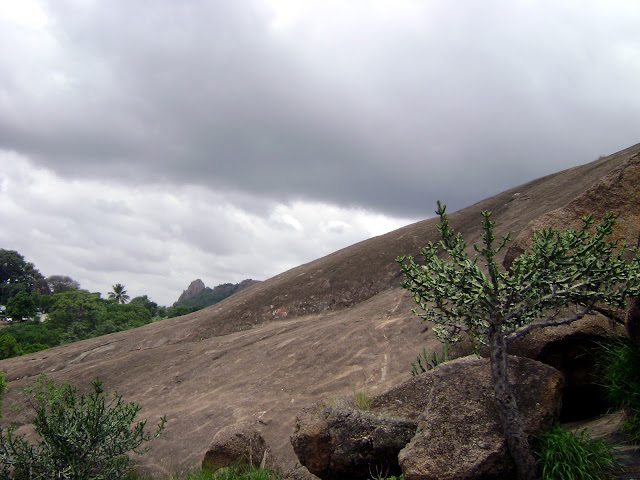 Around Savanadurga:
Magadi: It is a sleepy town just past Bangalore which is known for Sri Ranganathaswamy temple at Tirumale which is an ancient historical monument maintained by ASI. The temple is usually very crowded and has a beautiful Kalyani next to it. It is believed to be over 500 years old and it is believed to be built during Kempegowda's times. Magadi also happens to be Kempegowda's birthplace. One more attraction near Magadi is Kalya caves which I am planning to explore shortly. 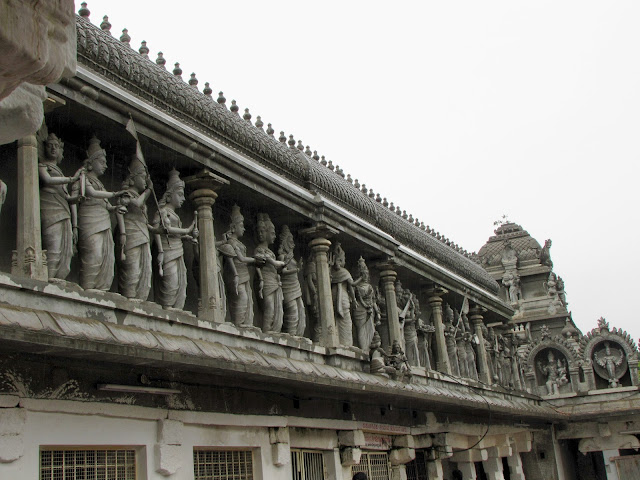 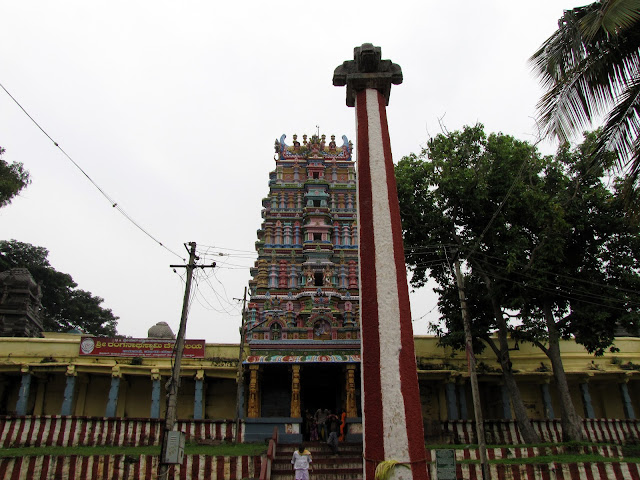 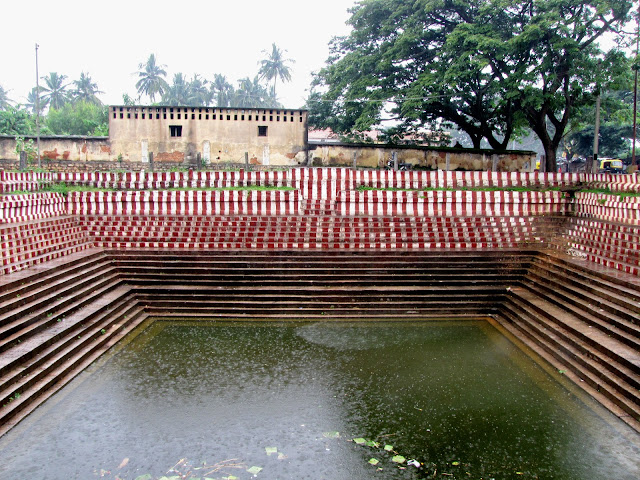 Manchanabele Reservoir: Manchanabele is a beautiful picnic spot off Magadi road near TG Halli reservoir. It can be seen from the top of Savanadurga hill and can be reached on the way from Magadi to Bangalore. Its advisable to admire the beauty of this place from a distance and not to venture out near the waters as there have been reports of robbery of late. Tippegondanahalli or TG halli reservoir is also on the main road between Bangalore to Magadi but one requires prior permission from Cauvery Bhavan to visit the dam. 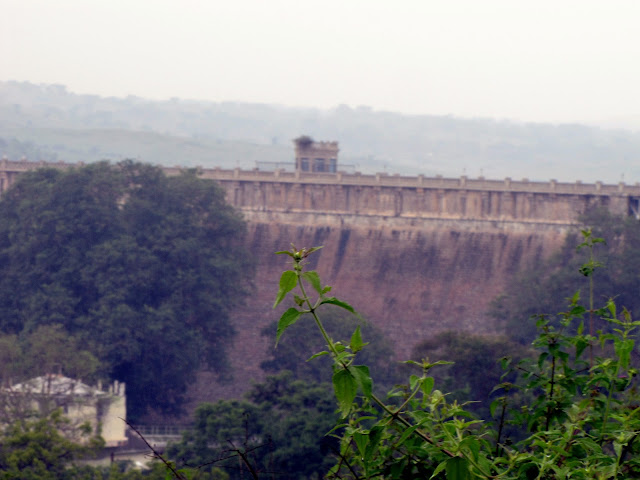 How to reach: Head towards Magadi, Just before entering Magadi town, take a left turn towards Savanadurga. From here it is around 15 kms. There are sign boards leading to the place.
By public transport: Plenty of buses to Magadi, At Magadi town, buses headed towards Ramanagaram go via Savanadurga.
Food/Accommodation: Better to carry food from home as there are no hotels on Magadi road.
Best time to visit: Better to avoid rains and mid-summer for trekking and rock climbing. Ideal would be around June before monsoons and after August to December.
Reference: http://en.wikipedia.org/wiki/Savandurga
Map: View Larger Map