- January 13, 2020
Overview: Kerala has produced one of the best frescoes and mural wall paintings in India during the ancient and medieval period, which can still be seen in many temples and palaces in the state. The moment one enters the inner courtyard of any old temple, the beautiful murals can be seen on the walls depicting scenes from the Ramayana and the Mahabharata. These paintings were encouraged by various rulers in the Malabar and the Travancore regions. While Guruvayur and Ananthapadmanabhaswamy temples are more popular, the other smaller, but historically important temples are often missed by the visitors. The paintings date anywhere between the 8th century to 18th century. Unfortunately, photography is prohibited in most of the temples, we were able to take some pictures with permission from the authorities.
The temple at Ettumanoor, known for its fine fresco of Pradosha Nrithyam, is also the place where Adi Shankaracharya composed Soundarya Lahiri.
The mural art was later adopted in the royal palaces and also in the Churches, retaining the Kerala influence. 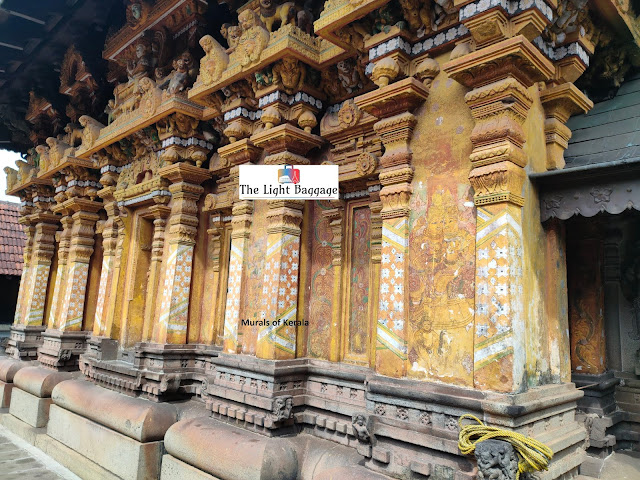 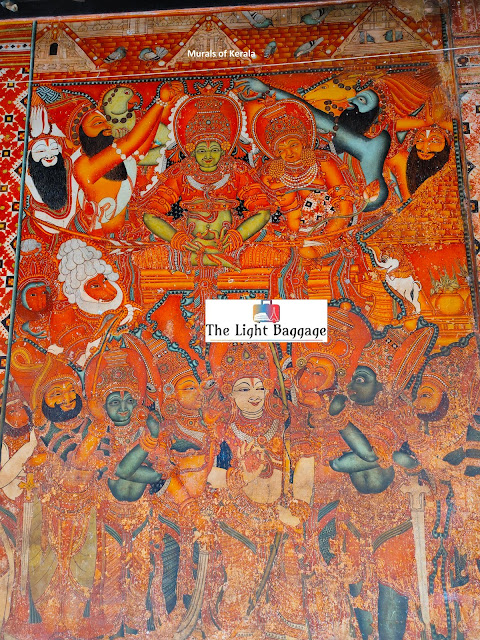 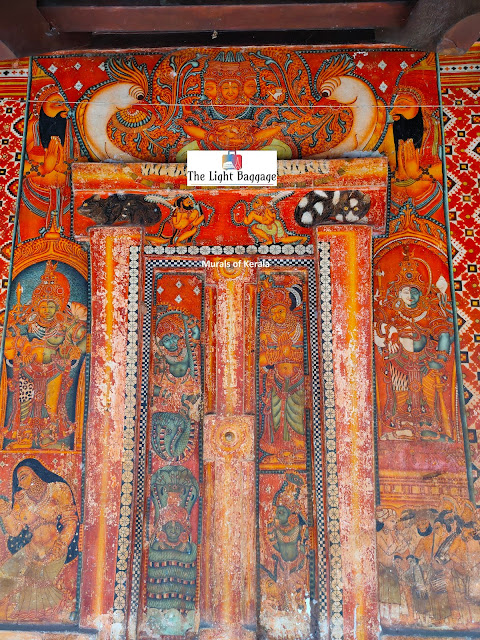 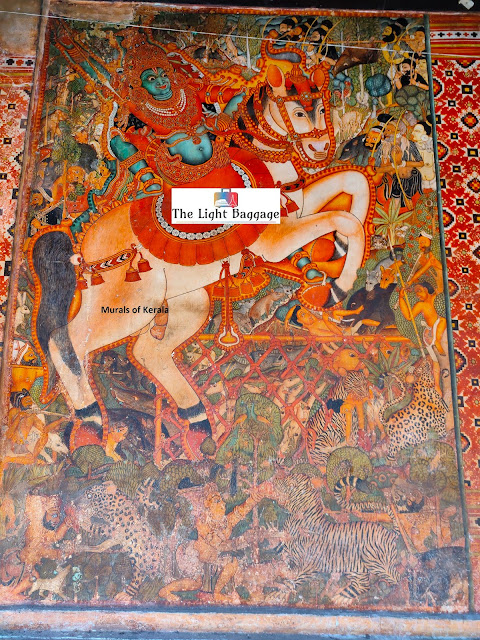 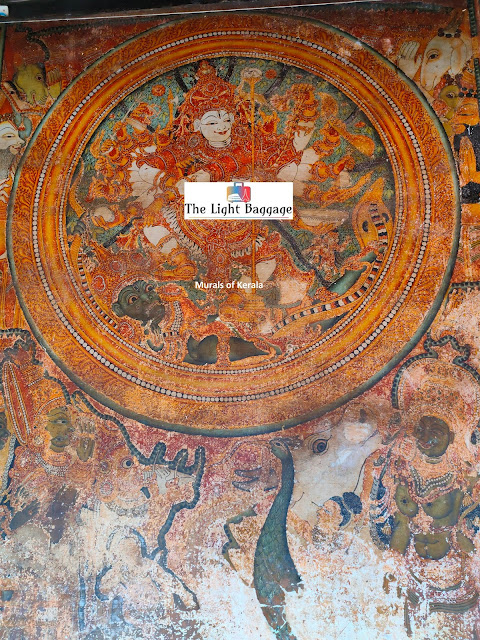 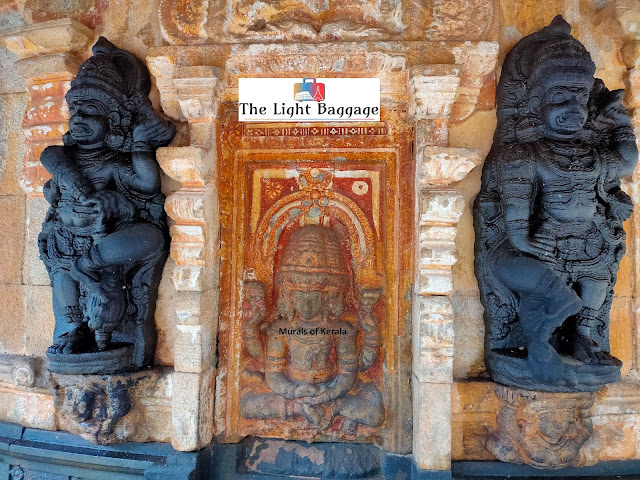 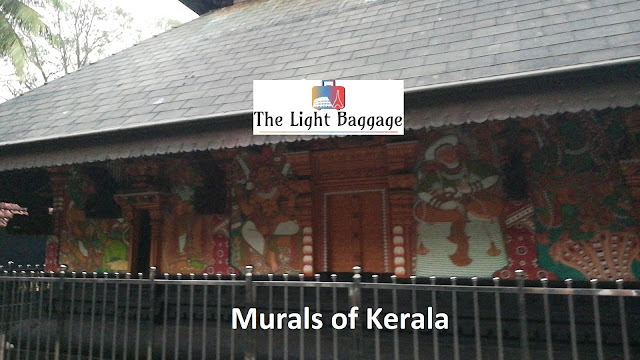 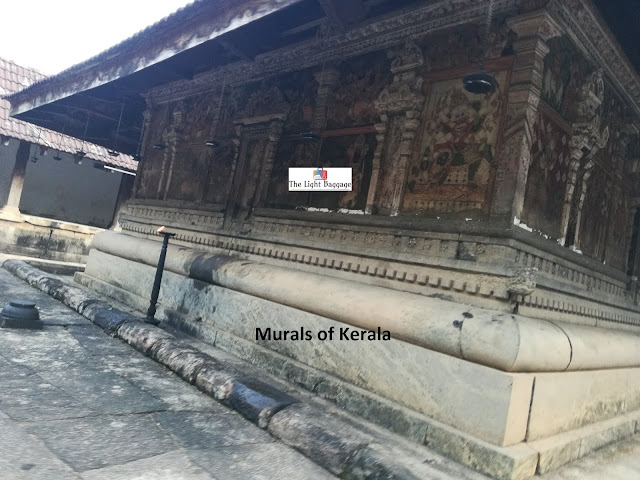 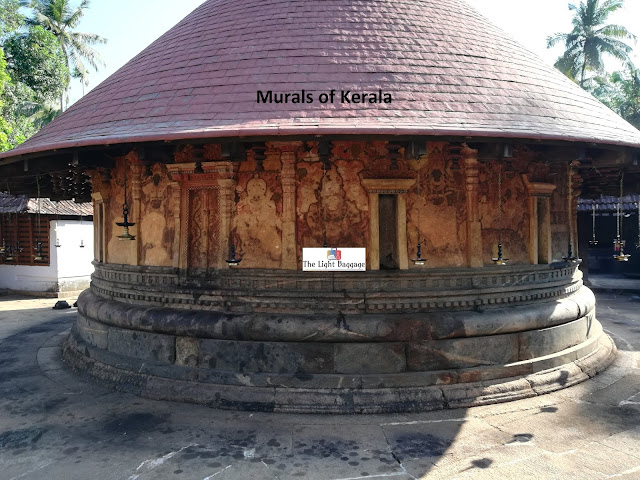 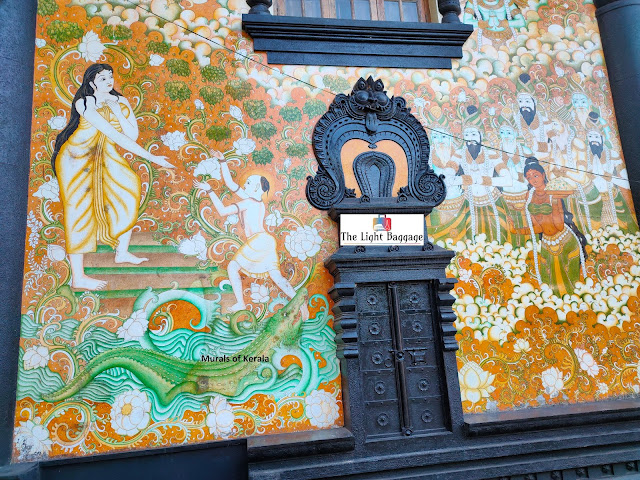 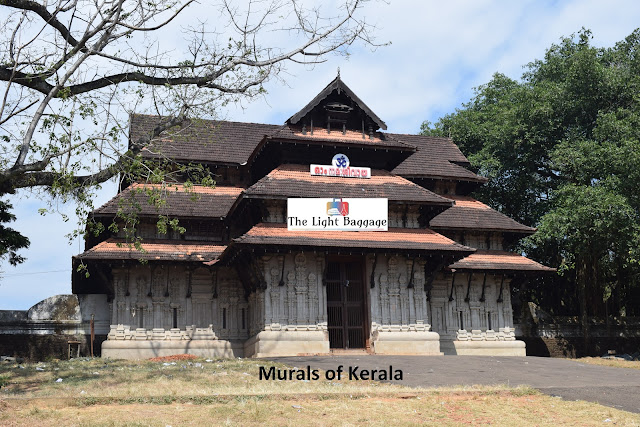