In 1686, the Mughals under emperor Aurangzeb won Bangalore after defeating the Marathas. The Mughal General captured all the surrounding areas in 3 years and in 1689, sold Bangalore to the Wodeyars led by Chikka Devaraya Wodeyar for 3 lakhs. In the same year, Sri Chikka Devaraya Wodeyar built the Kote Venkataramanaswamy temple around the mud fort built by Kempegowda. The temple was built in Vijayanagar style with huge gopurams and the victory pillar. Hyder Ali got the Bangalore Fort as jagir in 1758 AD and later expanded the mud fort with stone walls.
His son, Tipu Sultan soon deposed the Wodeyars and proclaimed control over Bangalore. However, the British defeated Tipu Sultan in 1791 AD and captured the Bangalore Fort during the siege of the fort. Tipu was killed in the Fourth Anglo-Mysore war in 1799 AD and the Fort area was returned back to the Wodeyars only as figureheads. 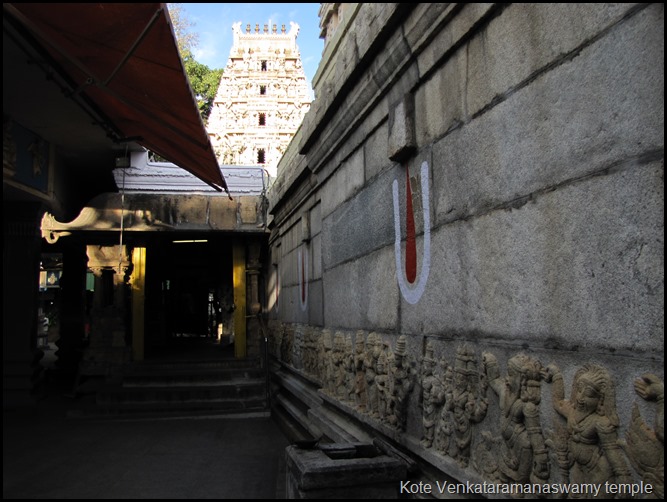 Tulasi Thota/ Tulasi Vana (Chikka Lalbagh)
The temple of Sri Prasanna Krishnaswamy, along with the idols of Sri Rukmini Thayar and Andal Thayar, known to exist much before the Wodeyars built the temple in the Tulasi Garden which is now the Chikka Lalbagh area. The current structure was built in 1844 by Sri Krishnaraja Wodeyar. The temple has several special features such as the dancing posture with left leg on the Earth and the right leg on a lotus. In 1908, Saint Tulasi Ramdas consecrated the idol of Lord Rama within the temple and according to a legend, the area is known as Tulasi Thota because of his contributions. 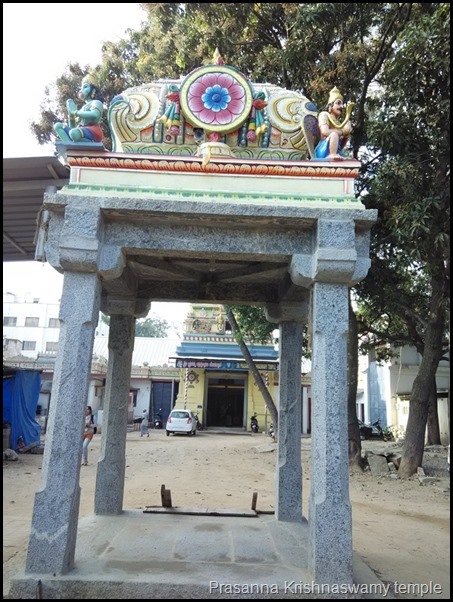 Bangalore Palace was built in 1880s by Rev J Garret, the first Principal of Central High School. This was later bought by Chamrajendra Wodeyar at a cost of Rs 40000. The Wodeyars renovated the Tudor style Palace with exquisite woodwork and wall paintings. The Palace overlooks a vast colourful garden with fountains and trees. The Palace went into a dispute of ownership in 1970 with the Maharaja of Mysore HH Jayachamarajendra Wodeyar sold the property through fraudulent transaction and was under civil suit instituted by Srikanthadatta Wodeyar and some of the disputes are still pending with the Supreme Court. The Palace is built on the lines of Windsor Castle in England. The initial Palace grounds was spread to a vast area of 454 acres. However, the area was reduced when settlements came post-Independence and the areas of Upper and Lower Palace Orchards were formed out of the grounds. The Palace was restored to the Wodeyars in 1997. 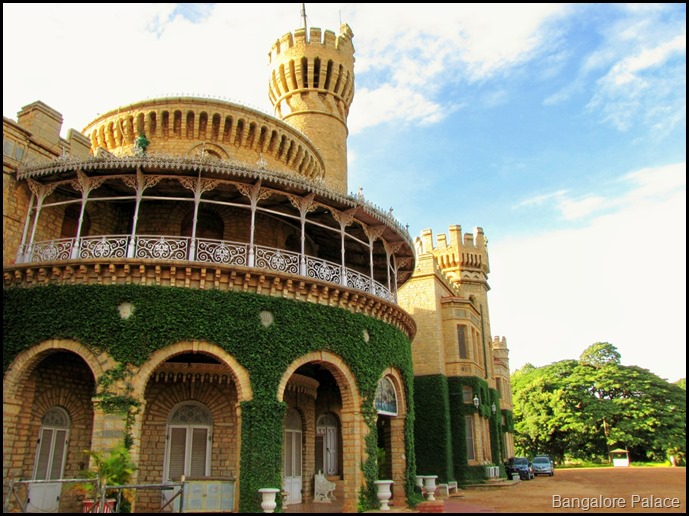 Wodeyars were also known for later developments in Bangalore. The land for building the Indian Institute of Science was donated by Sri Krishnaraja Wodeyar IV to Jamshedji Tata in the early 1900s. Some of the prominent landmarks like SJP Park was named after Krishnaraja Wodeyar IV in 1927. The road opposite to the park is named after Narasimharaja Wodeyar. The extension of Jayanagar is named after Sri Jayachamarajendra Wodeyar in 1948. The area of Rajajinagar was inaugurated by Sri Jayachamaraja Wodeyar in 1949.
Close to Mavalli is the Gutte Anjaneya temple, on Hosur Road, adjacent to Lalbagh Gardens. The idol of Lord Hanuman was found behind bushes in the 20th century, though this might have existed for several hundred years. The Lord is known for miraculous blessings to the devotees since the time of Maharaja of Mysore, Sri JC Wodeyar. It is said that once the Maharaja’s car had a breakdown near the temple area and after the Maharaja offered prayers at the Gutte Anjaneya temple, the car started miraculously. The Hanuman statue is carved out of stone on a hillock, hence it is called Gutte Anjaneya temple. Sir Puttannachetty Town Hall: This municipal building was completed in 1935, and foundation stone was laid by the Maharaja of Mysore, Sri Krishnarajendra Wodeyar. This building is built in classical Roman architecture and named after the first President of Bangalore municipality, Sir Puttanna Chetty. The building was built by Sir Mirza Ismail, the Dewan of Mysore Maharaja. 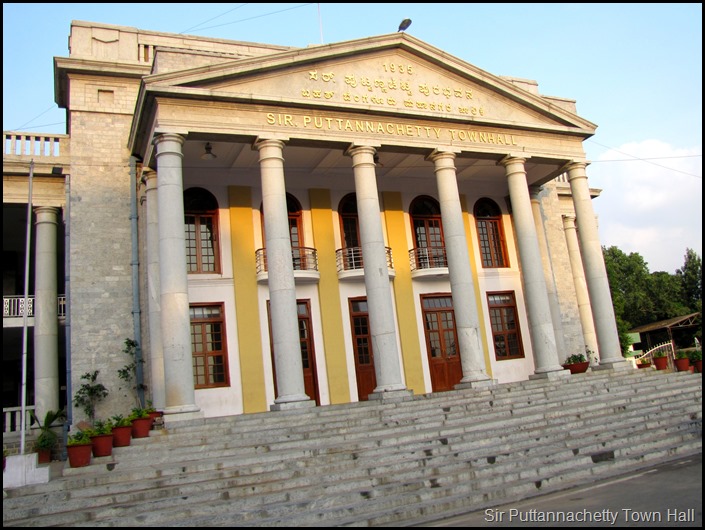 National Gallery of Modern Art/Manikyavelu Mansion: One of the few palatial Victorian mansions built in 1915, this 2-storeyed building was built by the Wodeyars, which was later sold to Manikyavelu Mudaliar in 1939. This mansion is currently home to the National Gallery of Modern Art. Perched in the middle of beautiful garden and old trees, the gallery has a variety of collection such as sculptures, paintings, graphic prints and photographs of contemporary and modern art. Mallikarjunaswamy temple: The history of this temple dates back to 1689 during the rule of Chikkadevaraya Wodeyar, who is also credited for his work in building Kote Venkataramanaswamy temple. The temple construction is attributed to Achutaraya in 1710, with the design of the temple done in Dravidian style and a square Sanctum. 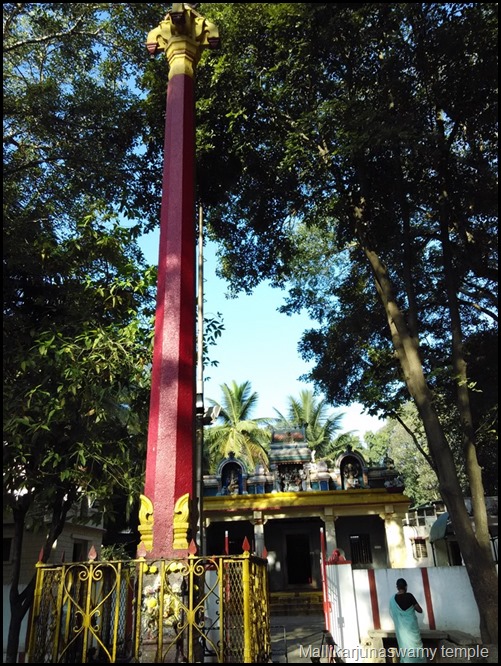