Overview: Stepped Wells have been a part of Indian civilizations from the ancient past. Stepped wells were built for multiple purposes, be it for drinking or storage purposes, or as a bath. Several stepped wells with interesting architecture can be seen all over India, from Kashmir to Southernmost parts of India. Stepped Ponds are a smaller version of stepped wells, with mostly square or rectangular dimension. These stepped ponds are seen mainly near temples, and are used mainly for temple usage.
Bengaluru also has a few interesting stepped ponds, almost all of them in a state of neglect, and some of them over 1000 years old. Inscriptions on some temples mention about grants offered by the rulers and local chieftains to build these wells.
The tanks are referred to as 'Vav' in western part of India and 'Baoli in the regions of Rajasthan and Sindh. But why were the kalyanis built is an important. One of the main purpose of installing a temple pond has been rain water harvesting. The water collected in the tanks are the direct source of ground water recharge. Sadly, over a period of time, for the greed of money and the wish for finding buried coins underneath a kalyani has put these tanks in a state of neglect. Of all the Kalyanis in Bangalore region, only a handful are still in usable form. One such kalyani is in the Subramanyaswamy temple premises in Halasuru, which is popular among people performing religious ceremonies under the peepal tree. The temple itself dates back to the Vijayanagara period. Not far from this place is a kalyani excavated near Someshwara temple, which was built probably during the Kempegowda’s period in the 15th century. 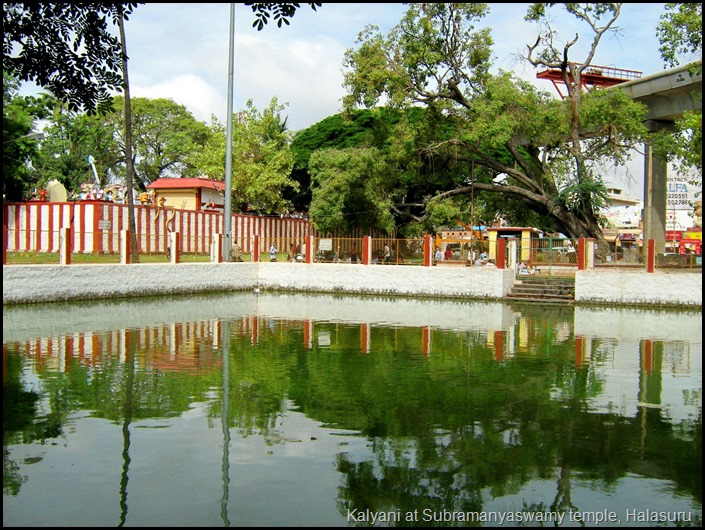 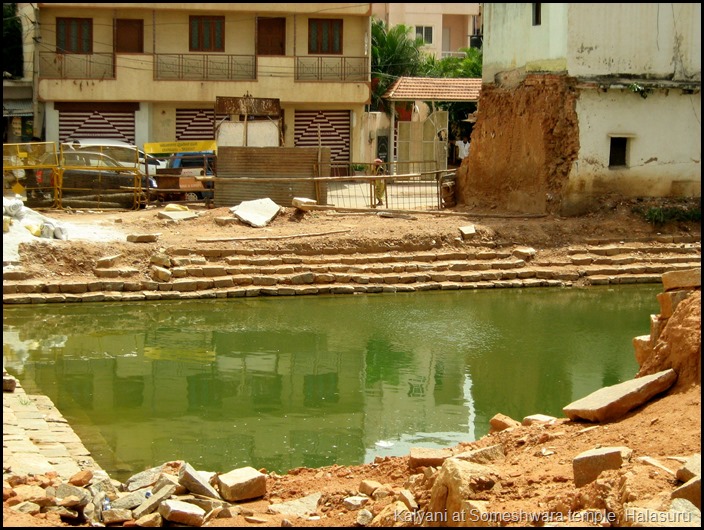 Another small kalyani in the city is the Prasanna Krishnaswamy temple at Tulasi Thota, Chikkalalbagh. The tank is now sealed due to space crunch and encroachments. This temple was founded by Nalwadi Sri Krishnaraja Wodeyar in the 18th century, though the outer structure was built much later. 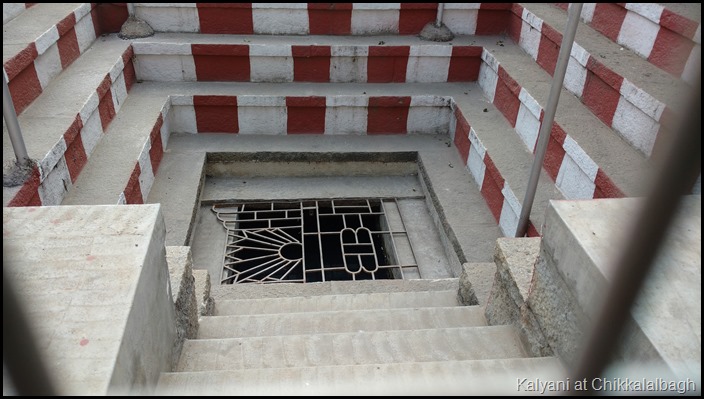 A huge Kalyani can be seen near the Anjaneyaswamy temple at Gottigere on Bannerghatta. Efforts are being put by the residents to save this kalyani, which once was the source of water for travellers and the local villagers. This kalyani is believed to have existed on the trade route between Bengaluru and Tamil Nadu. 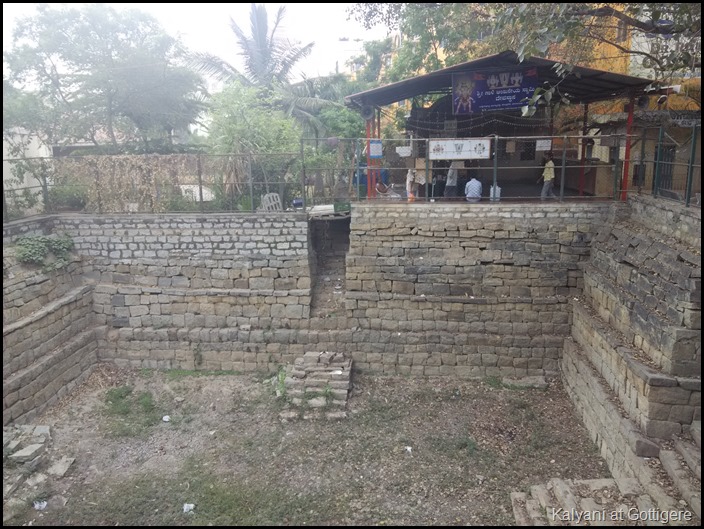 One live kalyani can be seen at Ghati Subramanya temple near Doddaballapura. The water from this kalyani is pumped out for watering the plants in the surrounding areas. 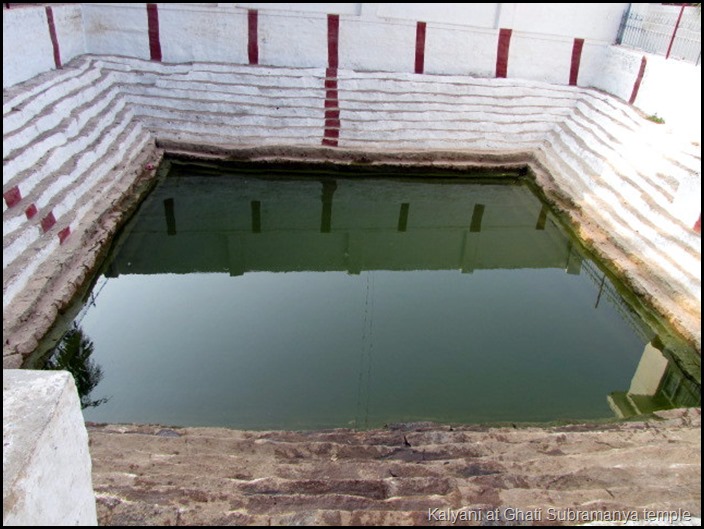 Several legends are told around the Kalyani inside Chikkajala fort. The kalyani stands next to a temple and a badly ruined residential complex, dating back to pre-Kempegowda era. 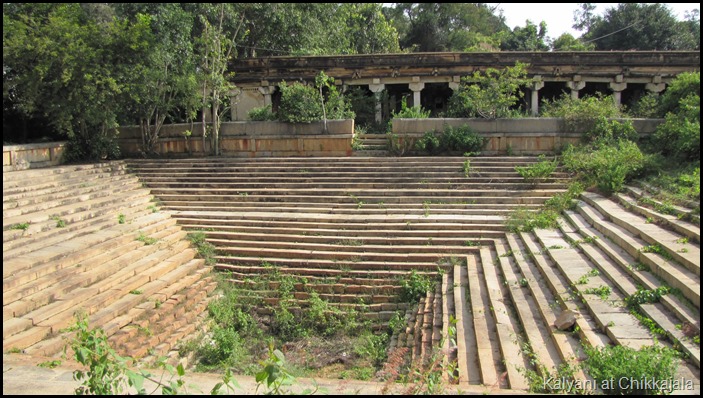 A beautiful Kalyani can be seen at the Kashi Vishwanatha temple at Sondekoppa, around 36 kms from the city centre. This is another live kalyani, which is revived during the monsoons. 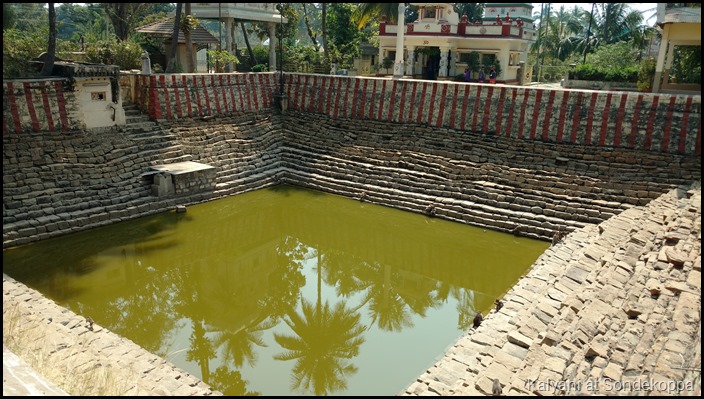 Perched in a silent surrounding, amidst farmlands, is a small kalyani at Sorahunase in East Bengaluru near Varthur. The tank is now renovated with concrete, but the principle of water conservation is still retained. A few hero stones from the past can also be seen near the pond. This is one of the best examples of how a kalyani can be revived and also made to use in today’s world. 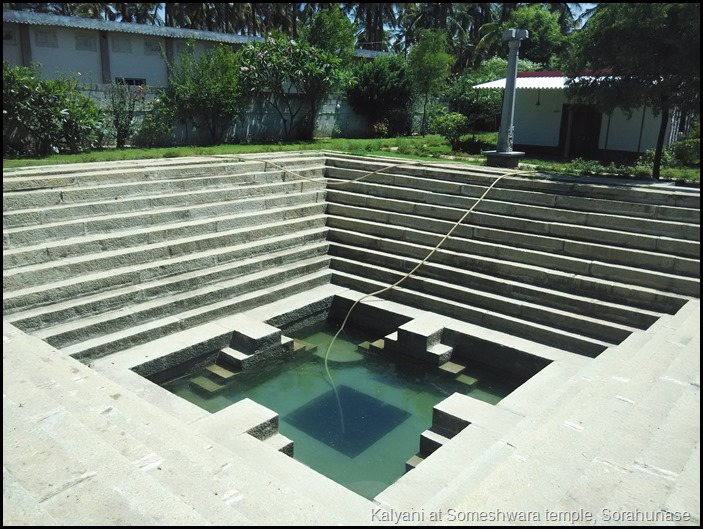 Suvarnamukhi near Bannerghatta is another kalyani which is considered sacred. People throng to this place to have a dip in the holy waters. 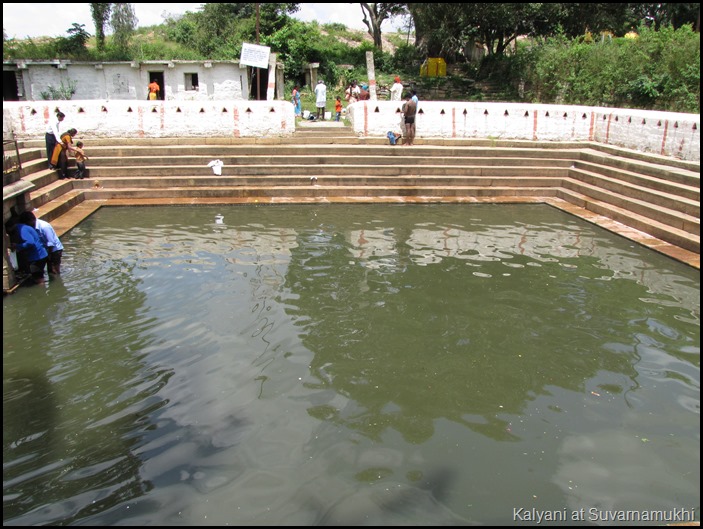 In the north eastern corner of the city lies the quaint village of Kondrahalli, where a huge kalyani can be seen next to the 11th century Dharmeshwara temple, dating back to the Cholas. Also as per a legend, the Yaksha Kaanda from the Mahabharata is believed to have happened at the site where the pond can be seen now. 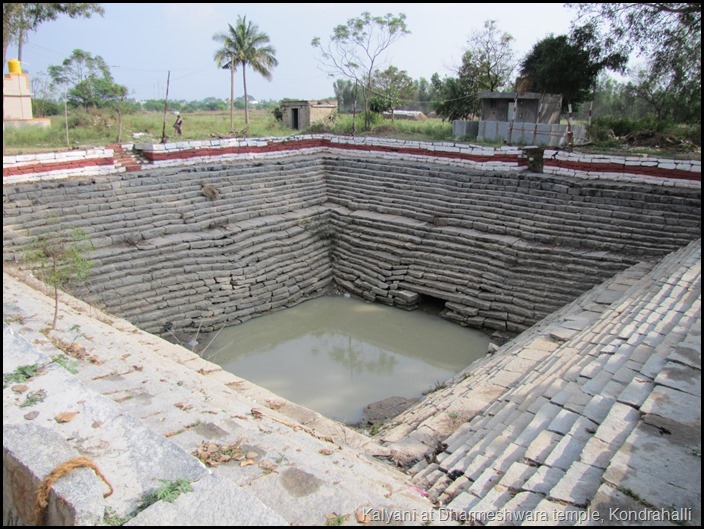 A beautiful kalyani can be seen on the Vasanthapura main road, near the Vallabharaya swamy temple in South Bengaluru. The once beautiful tank, developed by the Maratha ruler Shahaji Raje Bhonsle in the 17th century, around the same time when the Bhavani Shankar temple was built in Vasanthapura. This tank is in a sorry state today, with the area being awarded to a builder for construction purposes. 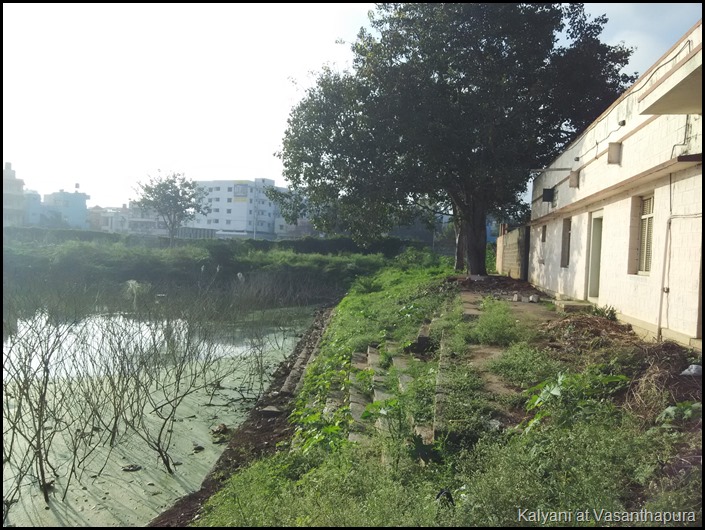 Several other Kalyanis can be seen in dilipidated condition, like the one in Kalkere (north Bengaluru), Kashi Bhavi at Bidrahalli which is waiting to be encroached, Anekal (60% already encroached), Kashi Vishwanatha temple at Bettadasanapura, Kalyani at Manne, and several other tanks and ponds which are lying neglected or have been already buried under some building. There is a need to preserve such heritage, and even better, if they are revived so that they act as mini reservoirs in crises situations. 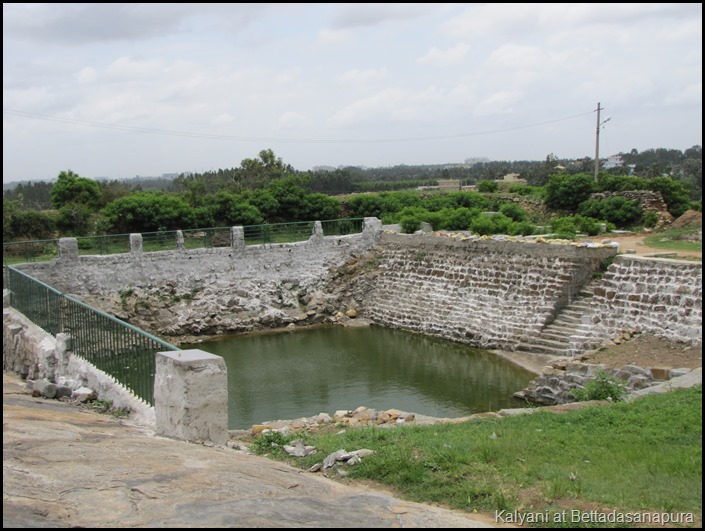 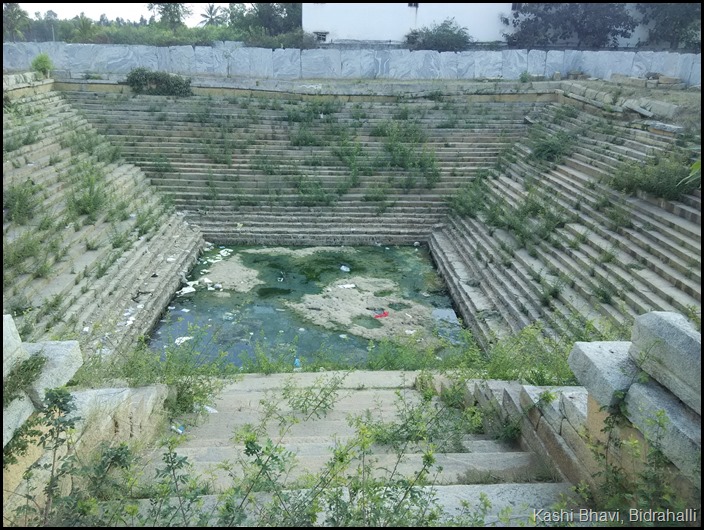 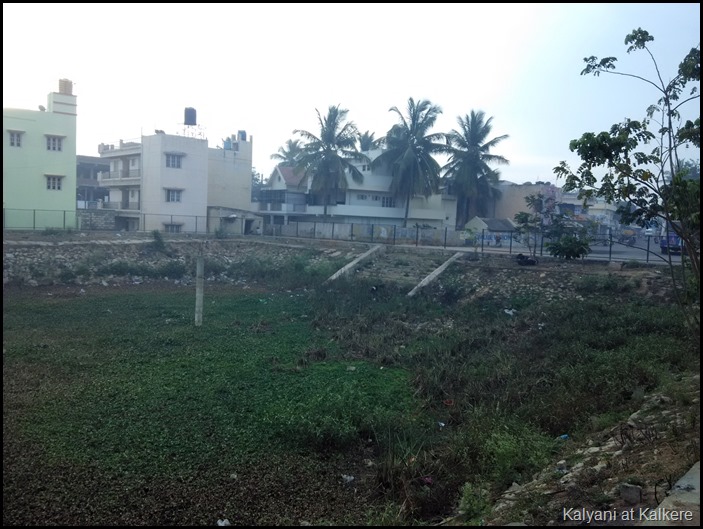 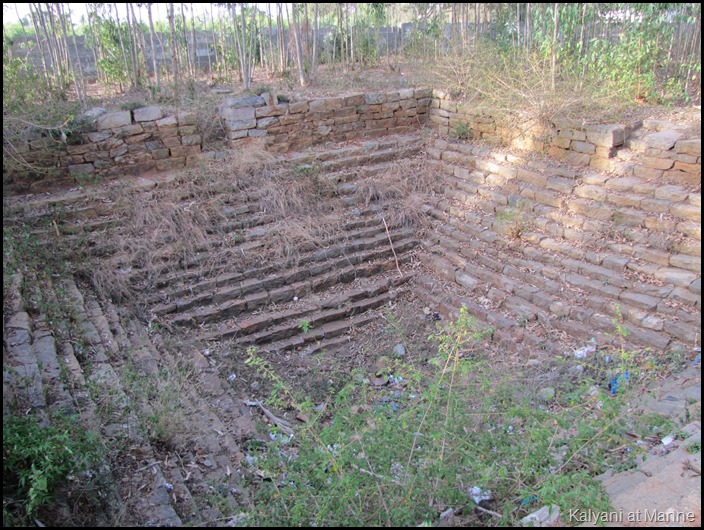 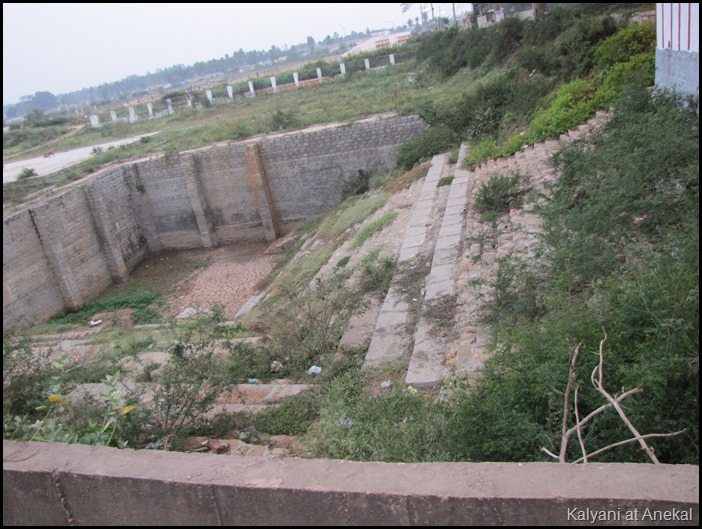