Overview: Silently Hidden on the top of a hillock belonging to the Shatashringa range is a very old temple dedicated to Lord Gowri Gangadheeshwara. Though the temple is in ruins, the structure still holds the beauty and reflects the beauty of the architecture of some of the ancient dynasties of South India. This temple was originally built by the Gangas around 1200 years ago, then was taken over by the Cholas and the Vijayanagar rulers. The temple can be reached by foot or by road which leads right up to the temple at the top. The climb to the top by foot is very exciting with odd shaped rocks and some old mantapas and some small ruined temples on the way. Not to mention the breathtaking view of the Kolar city which can be experienced all through the ascent. The local villagers also use the same path to climb up and down the hill. We anyway went by car all through to the top. 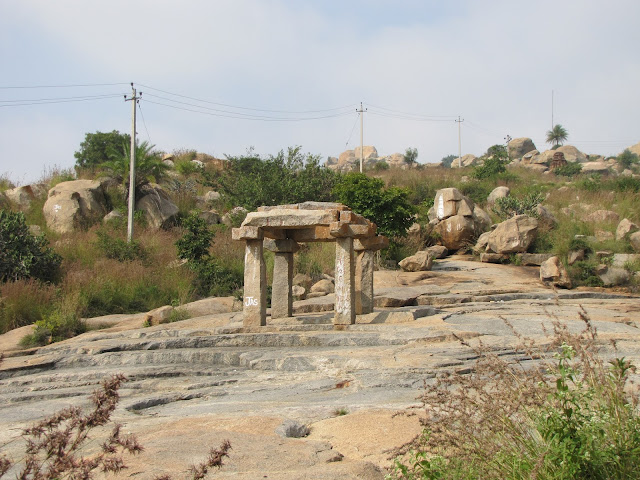 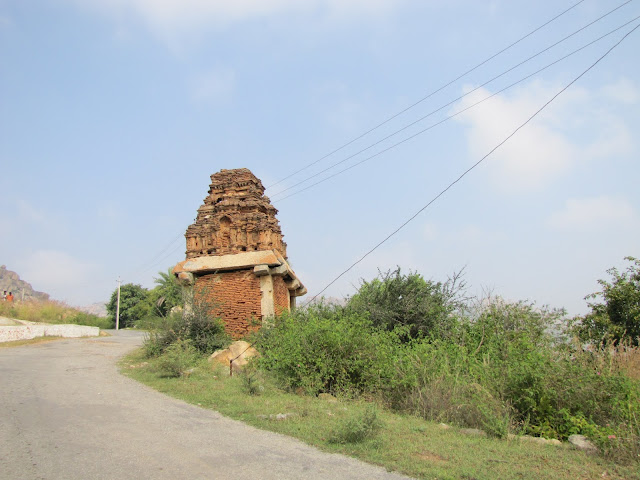 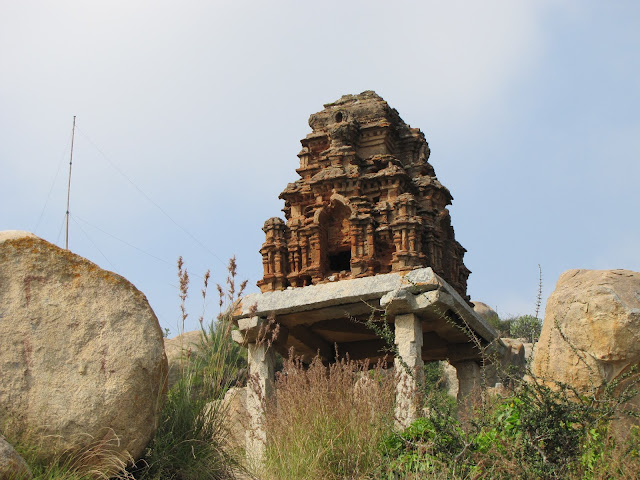 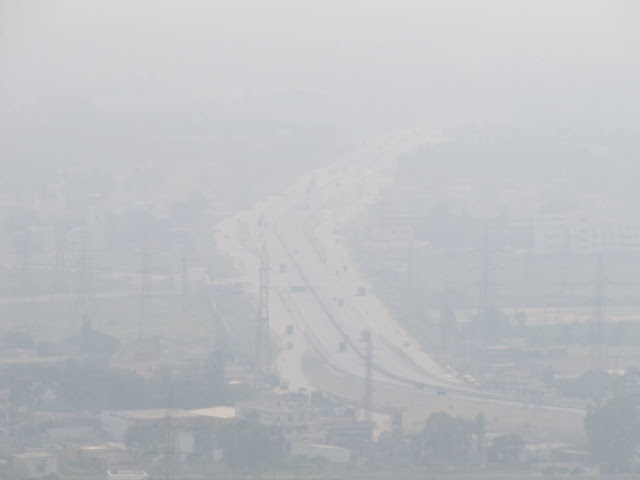 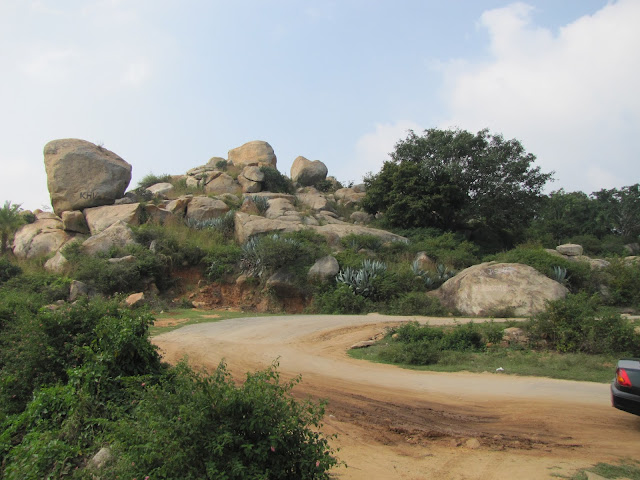 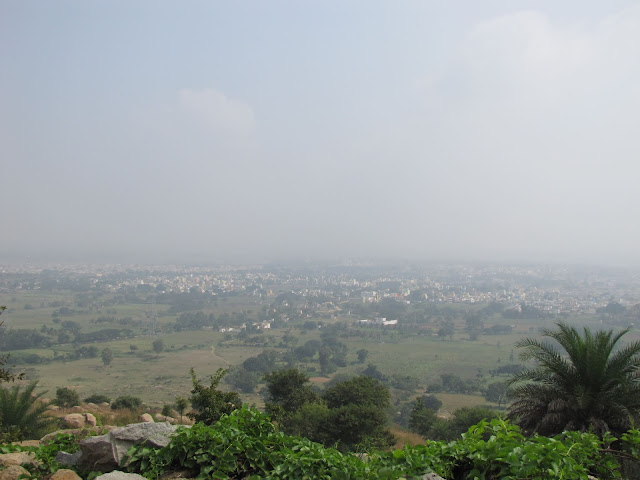 The entrance to the temple is through a huge gopuram which is probably now half its size compared to what it used to be. Inside the temple premises there are some old stone sculptors and the main temple. The temple was locked but on request the caretaker opened the doors and we had a glimpse of the lord. The temple opens early in the morning and then again in the evening when the puja is done.
Outside the temple on the walls we could see many inscriptions in Tamil and Old Kannada. We also saw a tower on top of a huge rock which was looking great. After spending time in this place, we left the place with loads of memories. 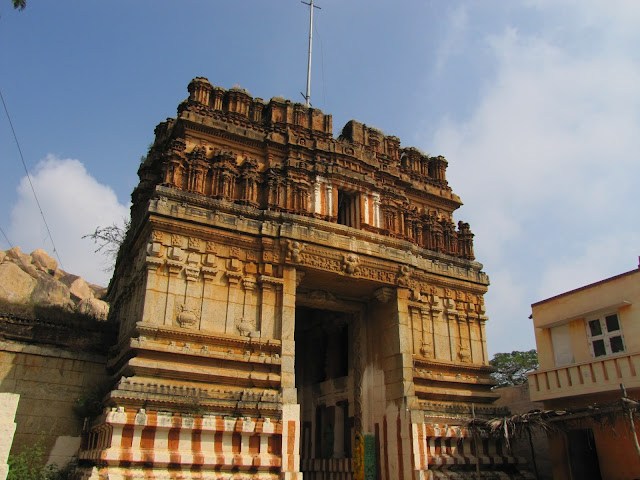 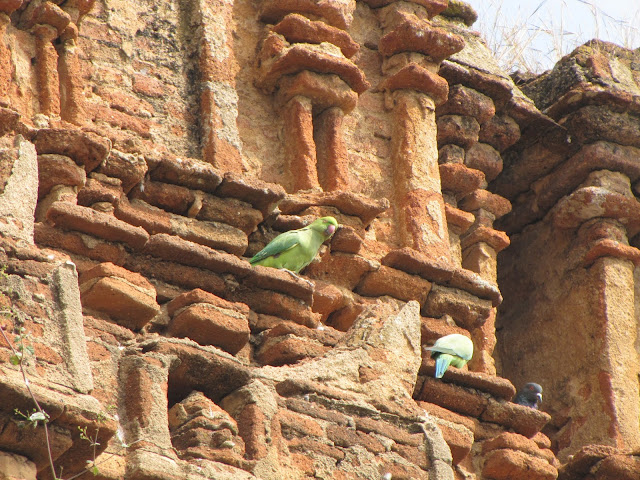 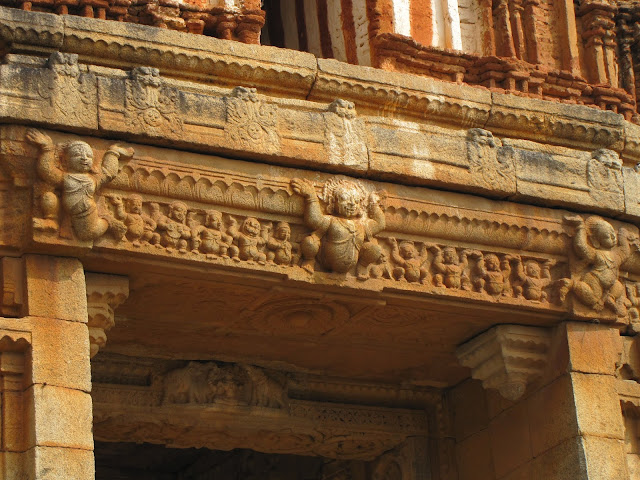 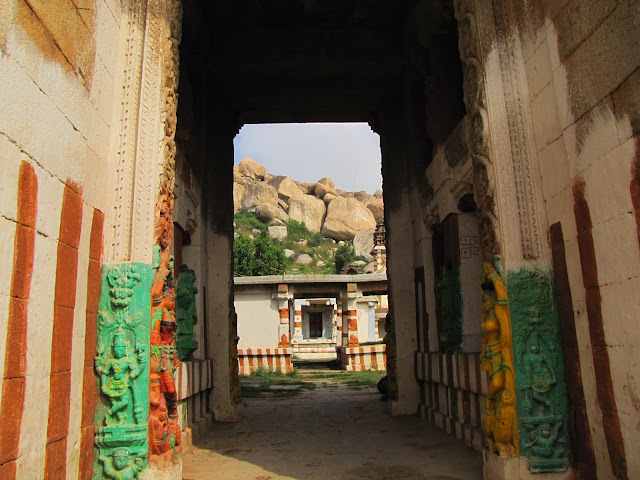 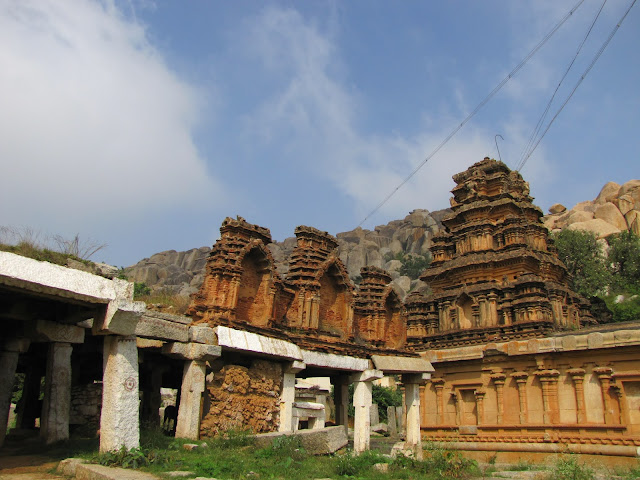 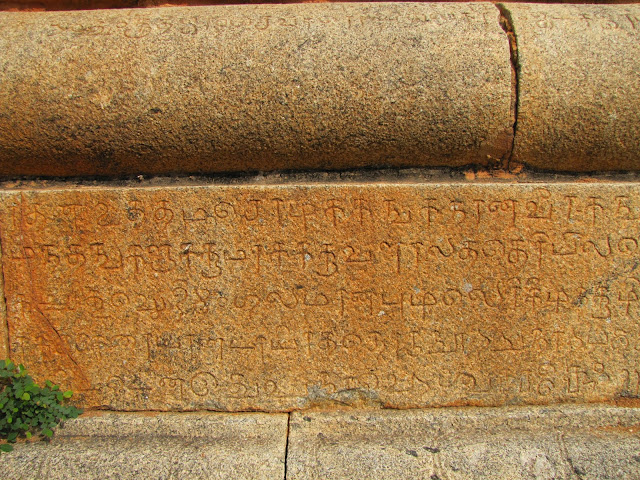 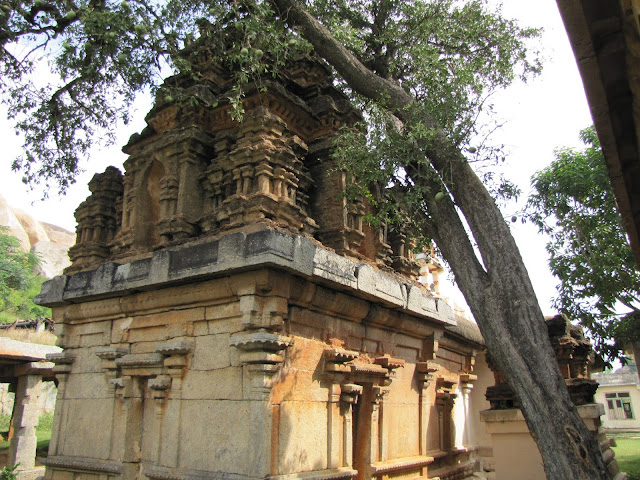 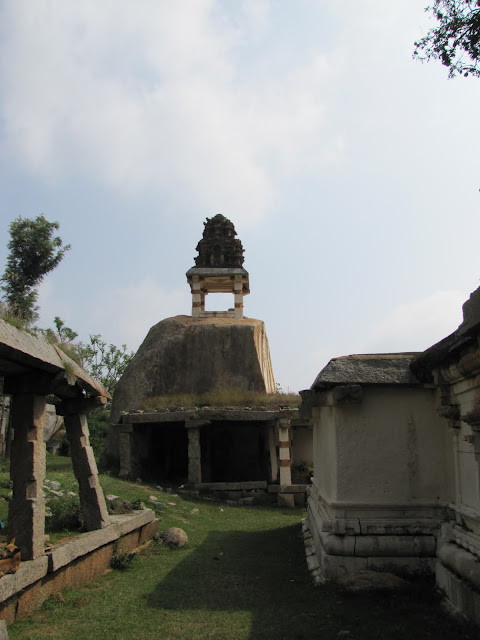 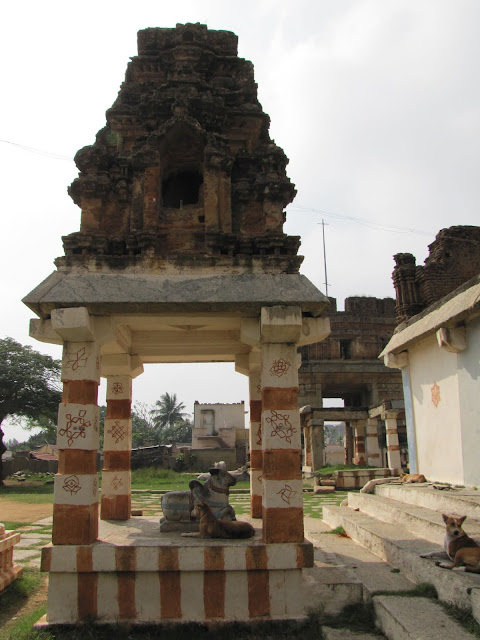 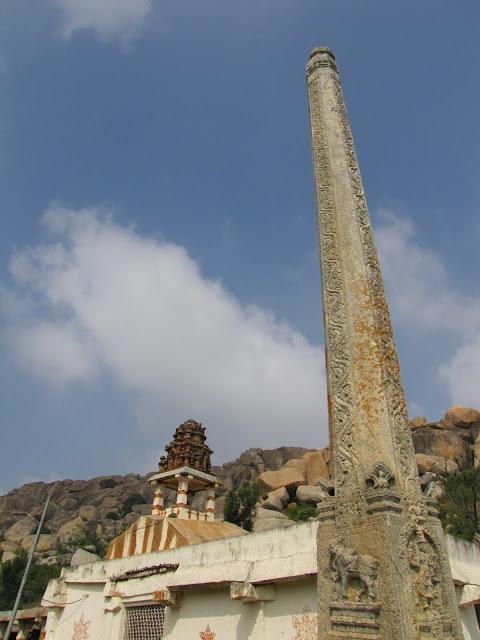 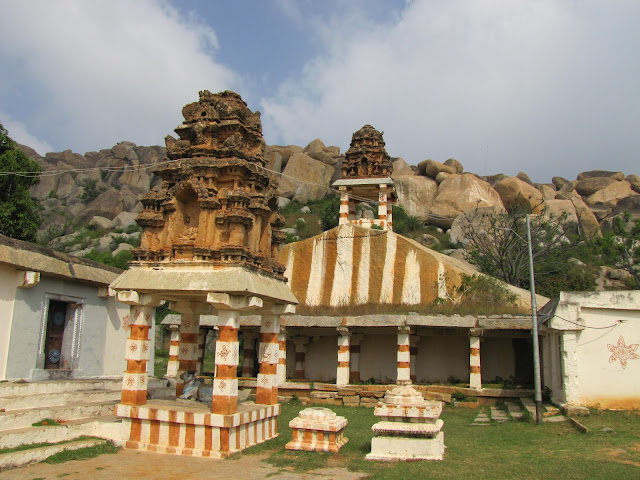 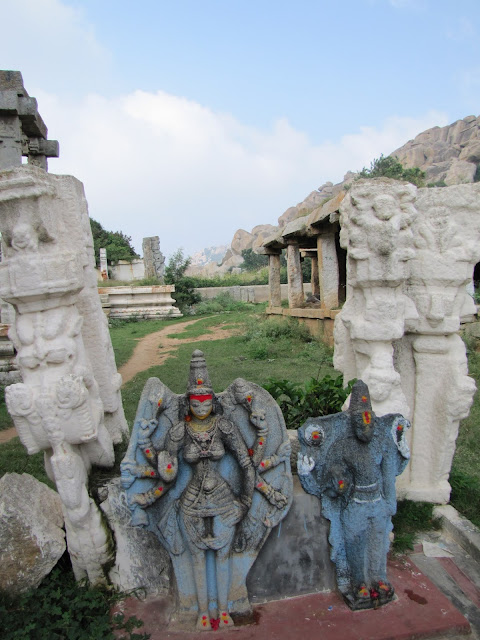 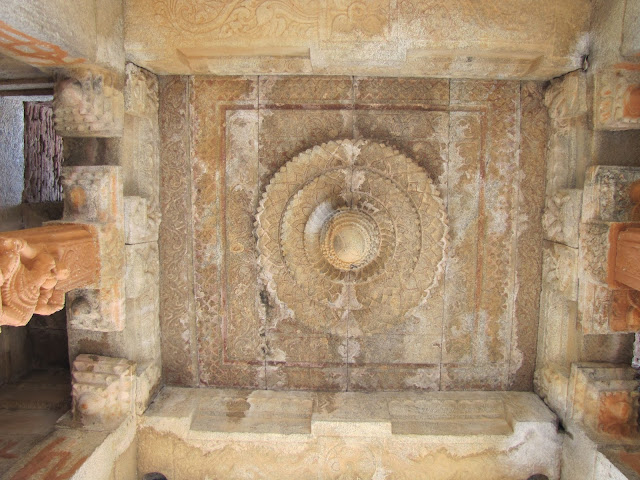 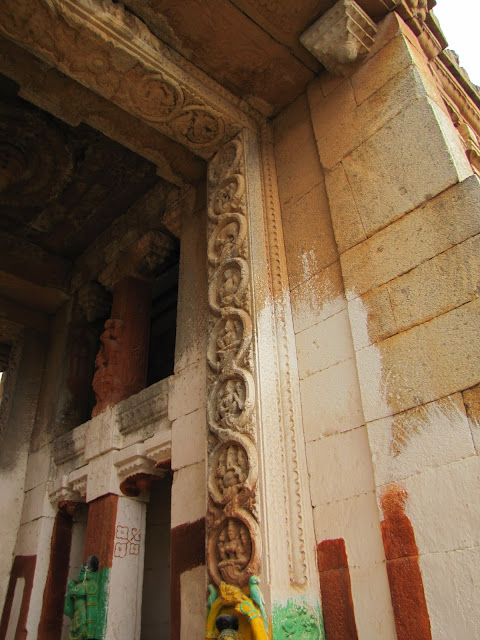 How to reach: Bus: KSRTC buses and also several private buses ply regularly from Bangalore to Kolar. From there, Therahalli can be reached by autorickshaw.
By Bike/Car: Take the NH4 towards Kolar, Just before entering Kolar near the NH4, turn left towards Therahalli.
Food/Accommodation: Kamat Upachar is a good option for food on NH4 near Narsapura.
Map:
View Larger Map
Karnataka Kolar Ruins Shatashringa hills Therahalli Vijayanagara