Overview: I read about a place called Srinivasa Sagara which is a lake near Chikkaballapur and comes lively in monsoon as the water falls from the reservoir when it overflows. I couldn't get much details on this place on the web, so I decided to club it with Chikkajala fort and Akkayyamma hill.
1) Chikkajala Fort: Though nothing is clearly known about this fort, this fort is believed to have been since Hoysalas and then used by Tipu Sultan. But now its in a total mess and nothing much remains out of it. We saw that fort which lies on NH7, then we went inside Chikkajala to the hill of Akkayyamma. It looked beautiful with cloudy weather and was pleasant and there were not many steps leading to the top. We went into the temple, had darshan of the Goddess and rested next to it. There are a lot of pillars on the hill which are believed to be built more than 1000 years ago. Kodigehalli, which is not very far from here, has been a center of exploration by the archaeologists and they have found pre-historic coins in this region. 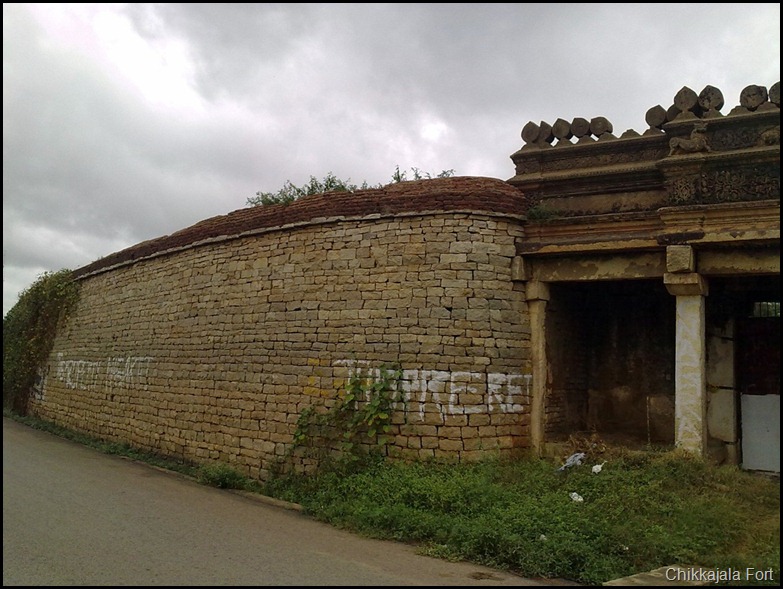 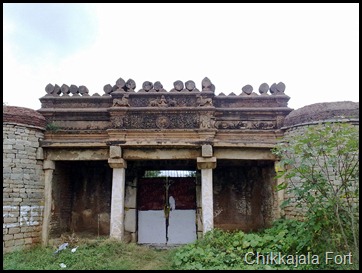 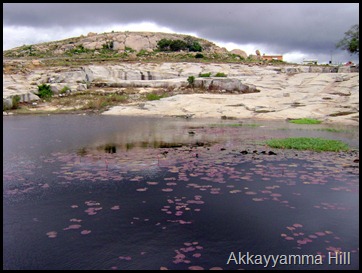 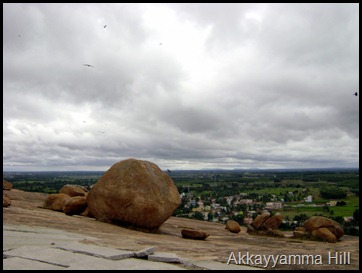 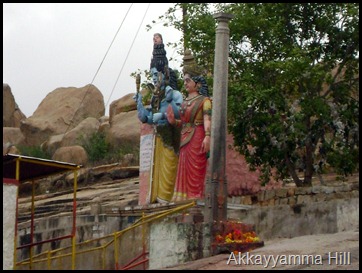 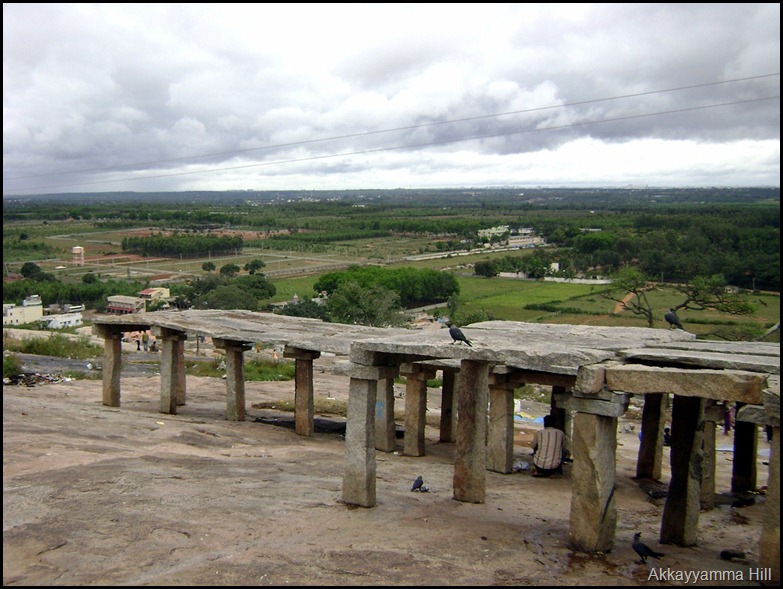 2) In the evening we proceeded towards Srinivasa Sagara. This place has to be reached by crossing Chikkaballapur and is around 8 kms from the town on Chikkaballapur- Gouribidanur road. It is better to ask for directions from the villagers. Once we reached the reservoir, we could see the lake filled with water but it was not overflowing as expected. A nice place to spend an evening though, we sat near the rocks for sometime before heading back home. This place is usually crowded on weekends by nearby villagers as it is close to Chikkaballapur. 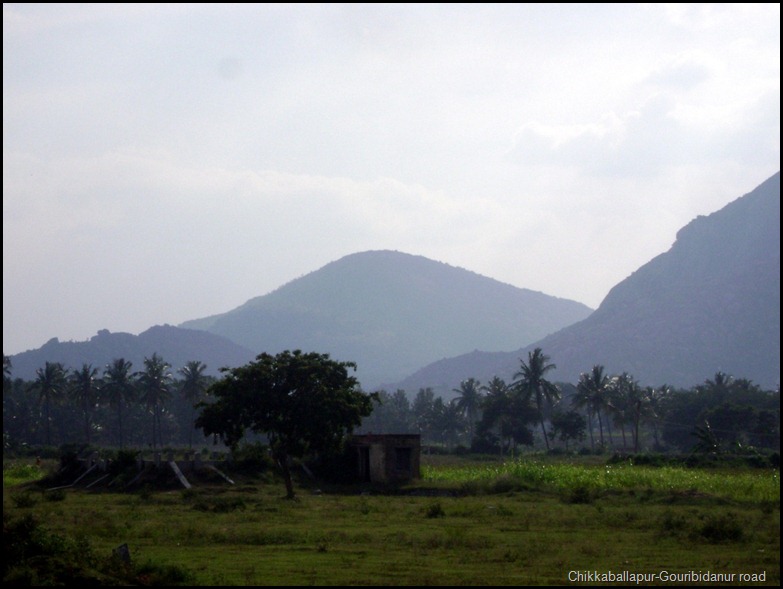 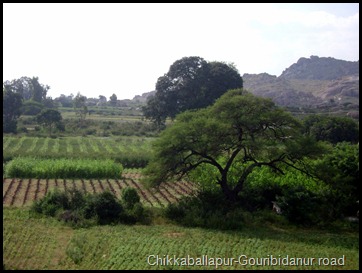 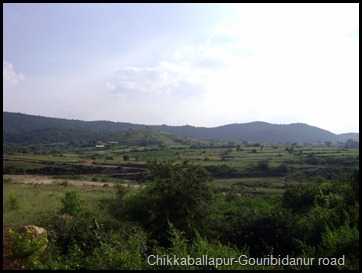 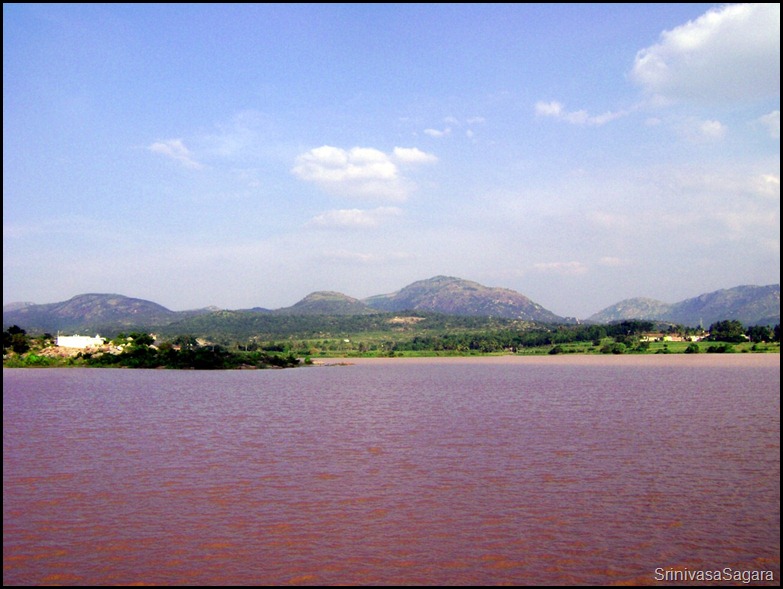 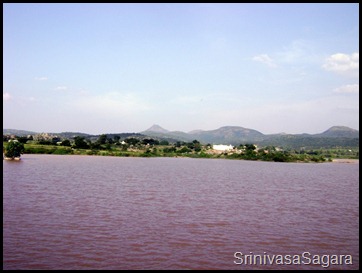 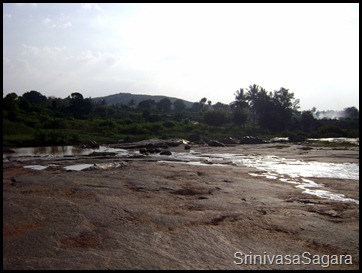 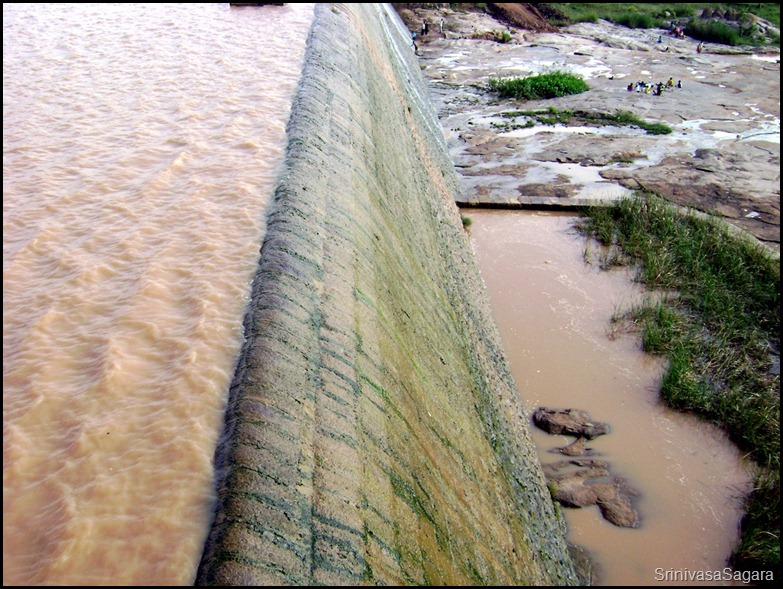 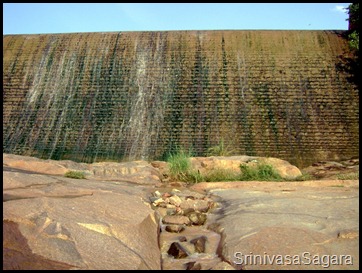 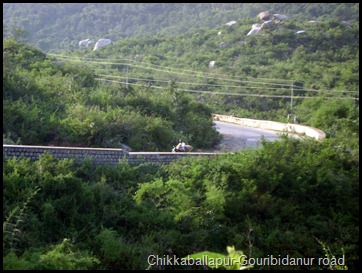 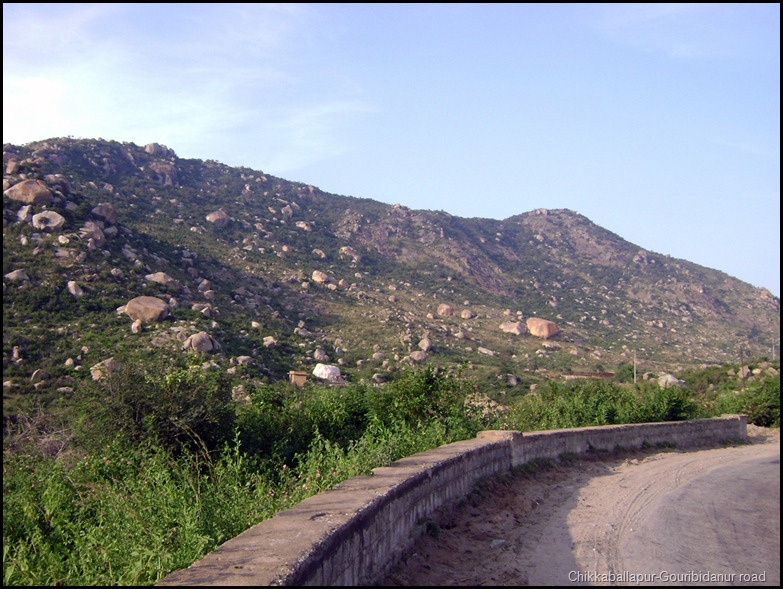 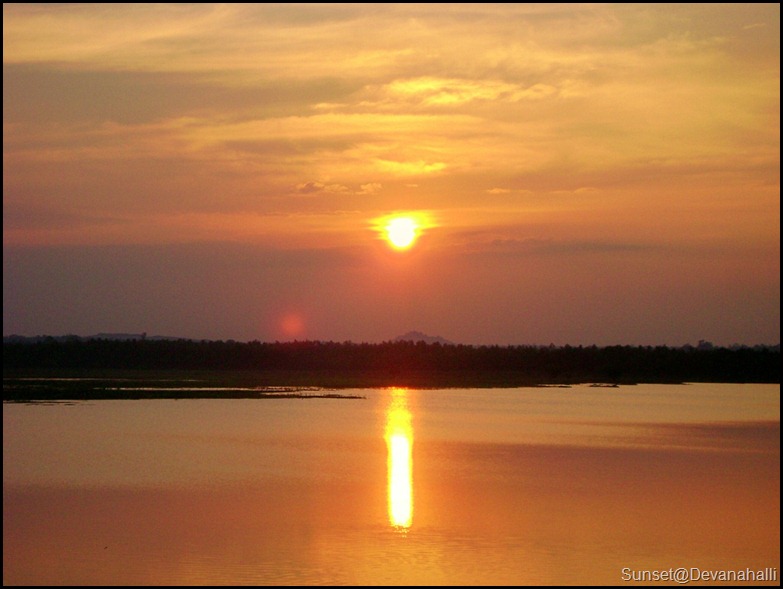