Aihole: Visiting the first capital of the Chalukyas

This Post is a part of the Chalukya Trail. Please Click here to read the main post
Overview: Aihole was the first capital of the Chalukyas and the oldest town in their empire. It is in Aihole where they started establishing their kingdom. Around 40 kms from Badami is the town of Aihole which is lined by a number of ruins. There are around 125 old temples in Aihole built by the Chalukyas. It is from Aihole that the Chalukyas moved their base to Badami and ruled for over 200 years and hence came to be known as Badami Chalukyas. Several inscriptions have been found here written in old Kannada but narrated in Sanskrit. 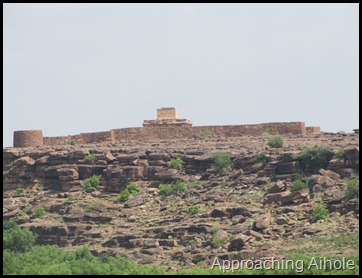 It is in Aihole that they mastered their art, as the guide says that Aihole is considered to be the Primary school where they learnt the skills and started experimenting, then they moved to Badami where their skills got refined and we get to see a better architecture and hence it is the high school, Pattadakal has one of the finest architecture so it is considered as the Graduation. The later temples like the Belur Chennakeshava temple built by Hoysalas can be considered as the University.
So coming back to the roots, Aihole has a number of monuments as was evident when we approached the town, we came across a number of ruins. We came across Huchappana Matha, Ravana Phadi, Gauri temple, Jain temple before arriving at the Durga and Ladkhan temple complex which is the primary attraction in Aihole. 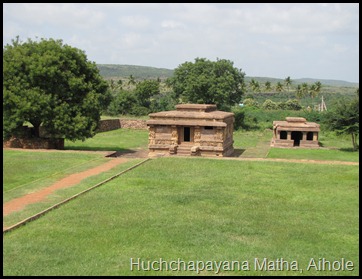 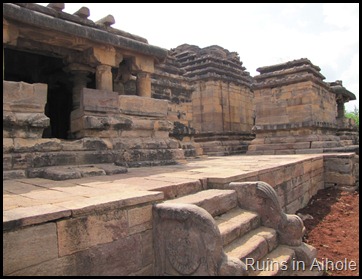 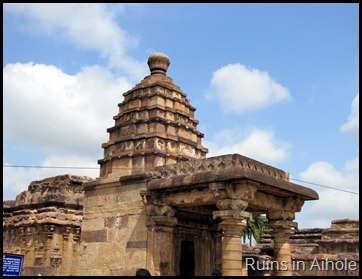 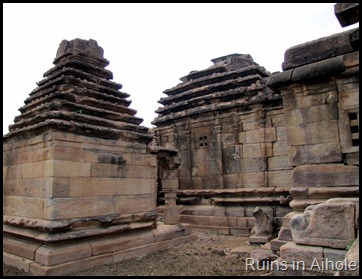 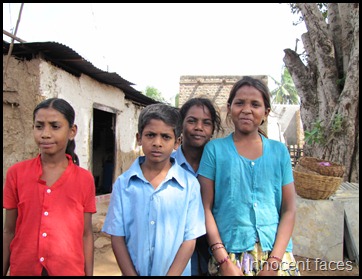 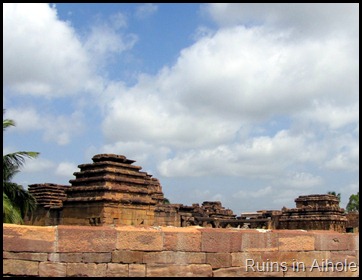 One important point in Aihole as the guide said is the temples are not named after the deity or Gods but on the names of the people who lived in those temples during the British era. The first was the Durga temple which resembles the Parliament house in New Delhi.

A pillared corridor runs around the temple with intricate carvings of various Gods. The entrance to the temple is lined with various carvings. The entry point has carvings of two sacred rivers in India, the Ganga and Yamuna, both depicted in either end of the door. There are four pillars lined up at the entrance highlighting the advancement in learning of the Chalukyas. The first pillar is very simple with only a Circle engraved in it. The second pillar gets better with 2 circular engravings with details inscribed inside them, The third pillar gets better with carvings of deities and stories on top and bottom of the circles. 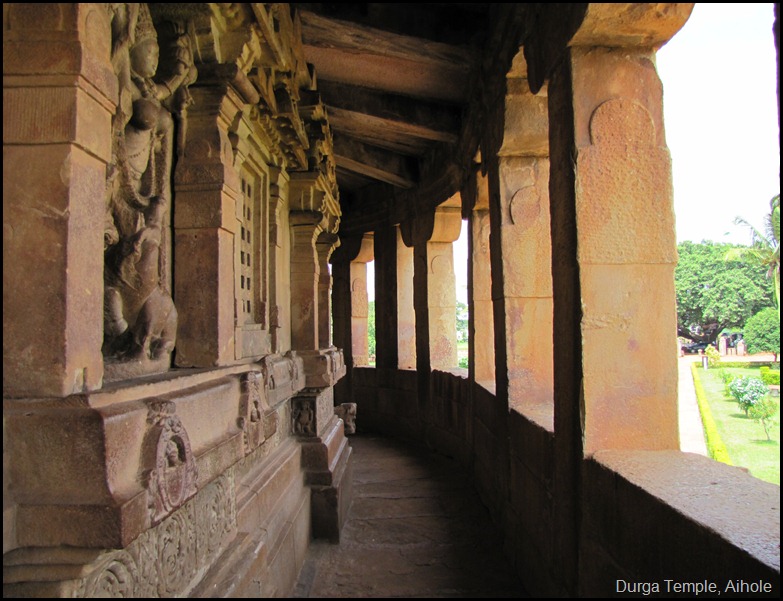 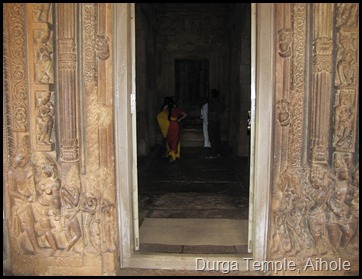 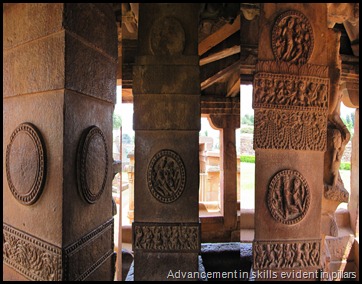 Along the pillared corridor we came across the carvings of parrots with green body and red beak. It is amazing how the colour is still intact even after around 1500 years. They used some organic paints which could withstand all kinds of weather without fading. 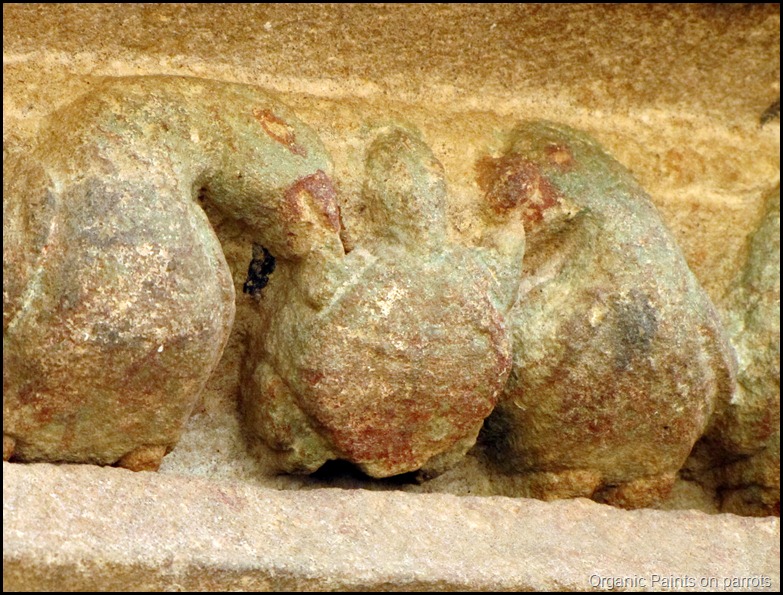 Then avatars of Vishnu were carved at one point and an interesting carving of a child was found which, on seeing only the face, depicted a laughing child, but on covering the face, it looked like a demon. It is to show that there are both kinds of features in a human being. 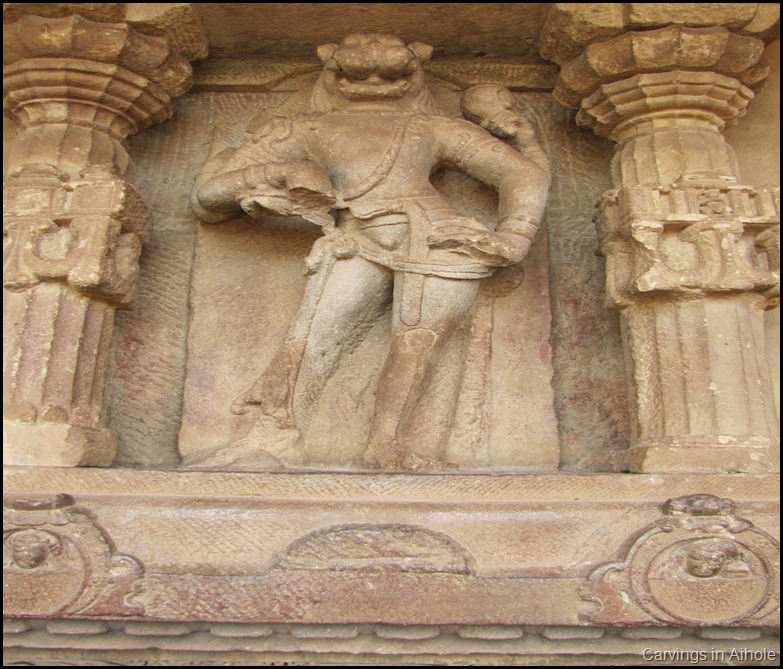 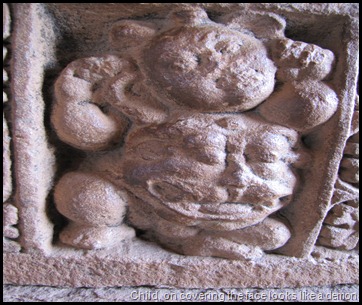 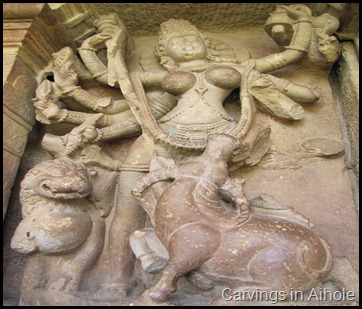 Then we came across a very old Kalyani used to store water. Next to it there were two small temples looking similar called twin temples. 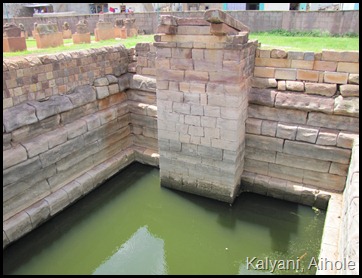 Next was the Ladkhan temple named after the person who had occupied this temple during the British rule. It has 12 carved pillars and a Shivalinga built in the 7th century. 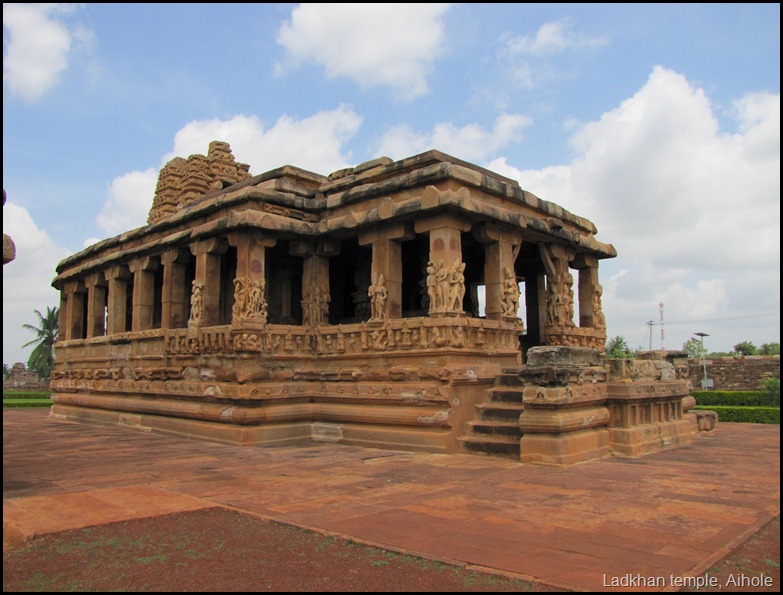 We also saw a ladder made out of solid rock which looked amazing. 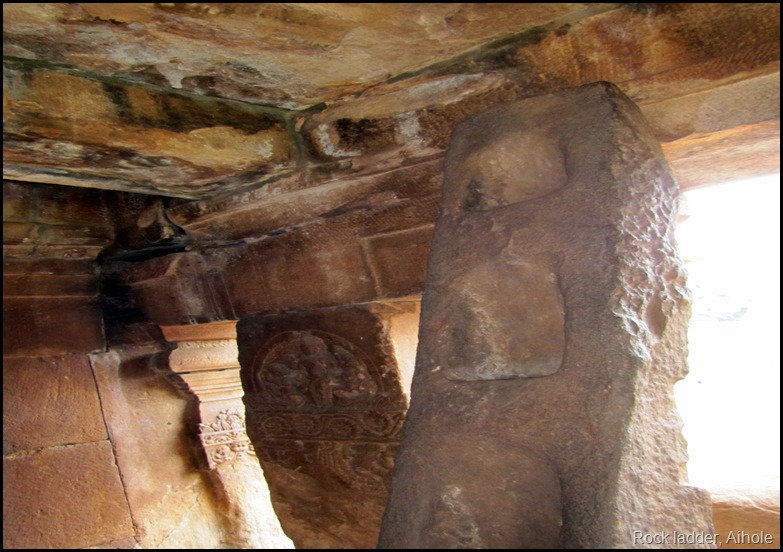 Next to it is the Gowda temple which was used as a meeting place to hold gatherings like Panchayat meetings. It also has several pillars and is dedicated to Goddess Bhagvati. 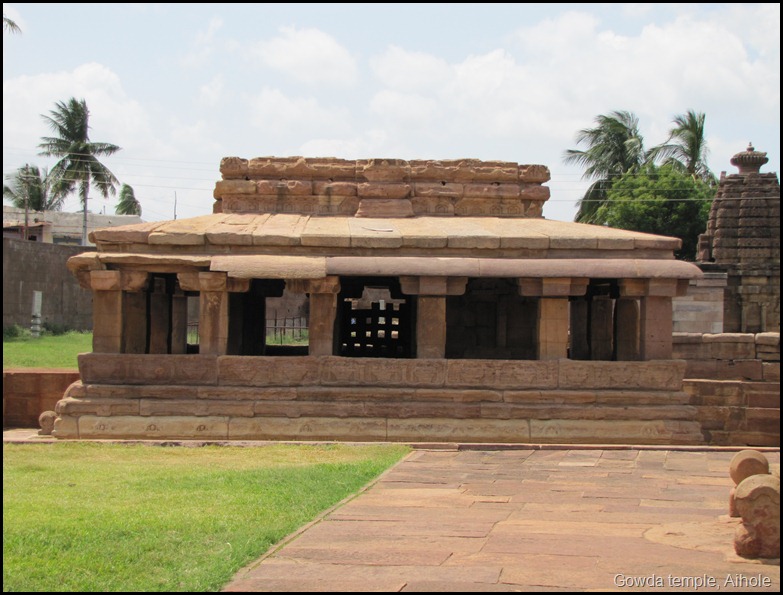 Then there is a Surya temple built in Nagara style of architecture. Next was the Vastu house which highlights how a house should be constructed according to Vastu. The house has 3 rooms and a small store. From the complex, there is a Buddhist temple which can be seen at a distance. All these structures built out of rocks, were not joined using cement, but using an iron clamp which holds two rocks together. 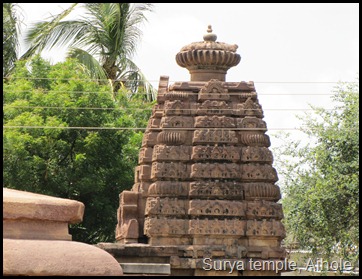 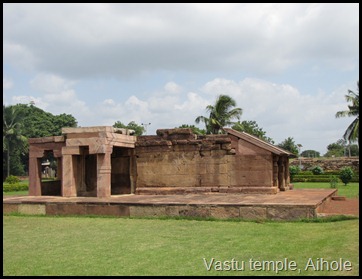 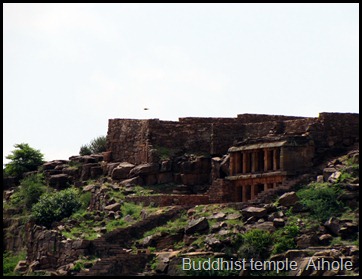 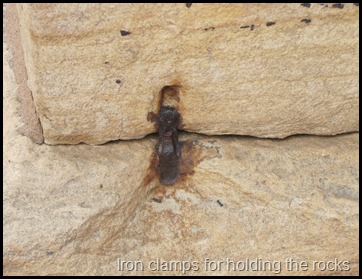 Outside the complex, just opposite to it is the Ambigara Gudi, built in the 10th century, is built on a high platform, with the inner ceiling of the mantapa engraved with lotus carving. The temple has a Nagara style shikhara and is the larger of the two temples in this complex. It has got its name from the Ambiga community people who used to live in this complex.
Aihole, being the oldest of all the Chalukyan towns, makes a mark and highlights how people adapted to the cultures and how they learnt to master their skills. It really leaves its mark on the history of Karnataka. 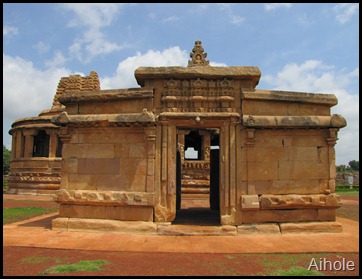 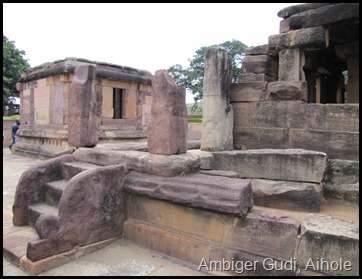 How to reach: The best option to travel is by rail from Bangalore. Train no 06535 Bijapur express on Sunday, Tuesday, Wednesday, Friday and 16535 Gol Gumbaz express on other days leaves Yesvantpur at 19:45 and reached Badami the following day at 07:33. Return train departs from Badami at 20:00 and reaches Yesvantpur the following day at 09:15.
Many KSRTC buses are available from major cities in Karnataka to Badami. From Badami, either hire an taxi/auto or private bus to Aihole.
By Car: Around 500 kms from Bangalore, take the NH4 towards Tumkur, At Chitradurga, turn right towards NH13 to Hospet, from Hospet, travel towards Gadag on NH 63. From Gadag take the Badami road via Ron. From Cholachalgudda, turn right towards Pattadakal. After Pattadakal advance to Aihole around 16 kms from there.
Reference: http://en.wikipedia.org/wiki/Aihole
Map: